Poems from a Soldier

by Stephen A. Janke 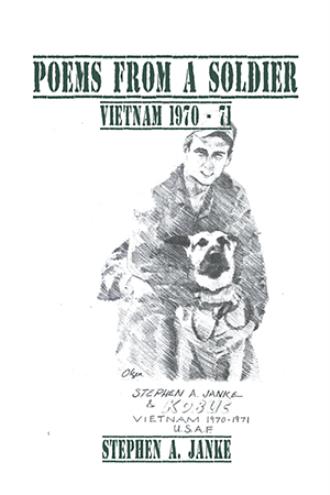 Poems From a Soldier took twenty years to write. At first they they came out in a trickle then a flood. Most veterans did not speak about the war for years if ever. This book tells about my experiences as a sentry dog handler in Vietnam. It also tells about a wonderful Wardog named Kobuc who was given to the South Vietnamese at the close of America's involvement and to an unknown fate. Most of the several thousand dogs used in Vietnam were labeled as equipment and were put down. This book tells their story too. If you know a Vietnam veteran or a dog lover they would enjoy this book. I served with some great guys that made that year almost tolerable. 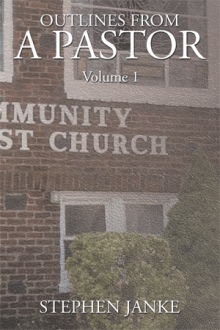 Outlines From a Pastor-Volume 1
Stephen Janke
$19.99

The Vietnam War deeply divided our nation during the 60's and early 70's. Our returning soldiers during America's longest war were treated shamefully in parts of the country. In time the public has learned to separate the war and the warrior. As a result many veterans did not speak of their year away from home for a long time if ever. It took me 20 years to slowly tell people by way of poems what it was like. At first they trickled out and then the trickle turned into a flood through the years. This book is also about the wonderful War Dogs of Vietnam. My sentry dog's name was Kobuc. Our Air Base was the largest in Vietnam. The Security Policemen were the first line of defense to protect the many bases in Vietnam. I served at Cam Ranh Air Base with a great bunch of guys that made that long year almost tolerable. Most of the several thousand dogs that went to Vietnam never returned.This book tells their story as well.

I was born to Wesley and Betty Janke on July 2, 1950 at Patuxent Naval Hospital in Maryland. Dad was a World War II Navy man. My two brothers Wesley and Chris, my sister Janice and myself grew up in the nice town of Carlstadt, NJ. I graduated high school in 1968 during the height of the Vietnam War. In 1970 I enlisted in the Air Force. I married my high school sweetheart Linda Morse and shipped out to Vietnam after Basic Training, Security Police School, Patrol Dog School, and Combat Preparedness Course. I was in Vietnam for just one year but it was life changing. Later I went to Bible College and entered the ministry. I have been a school teacher and pastor of both small and large churches during the past 40 years. I have four wonderful children including their spouses; Lori and her husband David who is also my Associate Pastor, John and his wife Joy, Matthew and his wife Jeannie, my youngest Jerad. We have twelve beautiful grandchildren; Cheylla, Brieanna, McKenzie, Benjamin, Stephen, John Jr., Madison, Rosie, Cole, Carter, Abigail, and Greyson. Baby Addyson is in heaven. I am a chaplain for both the Vietnam Security Police Association and the Vietnam Dog Handlers Association and proud to have served with them. The Lord has blessed me in every way a man can be blessed. Pastor Stephen Janke Community Baptist Church Garfi eld, NJ Cbcgnj.org