WAR or The World of Light

(a fable of science fantasy) 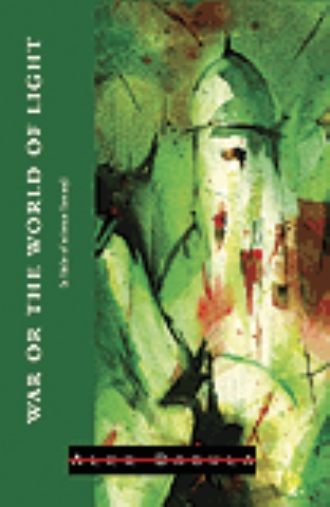 If a man were to become God, what would he do with his newfound powers and position?

Due to his unique birth and remarkable personal abilities, Jason Rand (the novel’s main character) is offered the opportunity to lead Etros, the World of Light, on a quest to unite the entire universe and fulfill the ultimate destiny of the Space/Time Continuum. With the assistance of Mary Pilar (a beautiful French woman who is chosen by the Etrotians to be Rand’s ideal companion and Queen), Khronex (the first citizen and chief scientist of Etros), and the World of Light’s amazing technical developments, Rand the Supreme creates a utopia which surpasses all expectations and brings life to its ultimate plateau.

Yet, the king creature and mystic, Akar the Invincible of the planet Aphetia, has a different plan for life in the universe. Forced into action by his hideous servant Avel, the sorcerer king focuses his attack on Rand’s advisor - the jovial and wise Khronex. The demonic Akar succeeds in starting the greatest war of all time - Universal War!

A decision must be made by Rand, the Lord of Light - engage in Universal War to save the World of Light’s great achievements or . . .?

Born in 1950, Czechoslovakian/American Alex Babula tempts our world with conscience and philosophy in his newest novel-WAR or The World Of Light. Creative writing teachers Robert Vogel (Esquire magazine) and Jonathan Giles (professor- University of North Texas) readied Mr. Babula for a life of creating literary works ranging from poetry to short stories/essays to novels. Other works being prepared for publication are: Sunspots And Collected Writings and The Adventures Of The Blue Moose (psycho-dramas). For more information on Alex Babula, please write: Thomas Wicker Associates, P.O. Box 1554, Melville, New York 11747 -- 0554