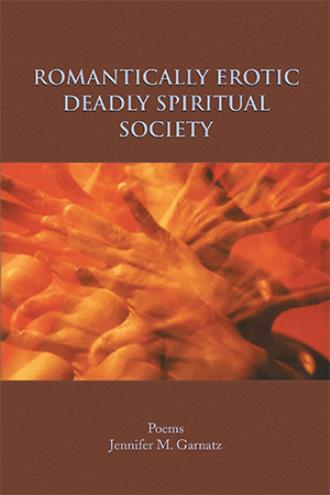 TACTICS
You sized me up—
lusting.
I smiled inwardly—
waiting.
My cool expression
did not betray me.
But I, too,
wanted you.
Your yearning
gave your legs courage.
They brought you
to me—way up close.
You speeched me down.
While your heart
loaned your lips its voice,
I felt your excitement,
inhaled in sweet ecstasy
your heavenly scent.
I allowed you to court me.
As I finally gave in,
giving you my all,
you began
sticking out your chest
like a proud cock
going around boasting
to all your friends stating
you captured me
easily.
Bullshit!
You see,
I, too,
had eyed you—
lusting, wanting.
Oh yes!
I, too,
wanted
to possess
you.
Now
I’ve got you.
Ha!

OLD LOVE
Like cowardly soldiers
our energies have deserted.
You can't
bear me
up,
nor can I
keep it
up.
So, let's just kiss
and fondle
each other's bundle.
Think of the fun
we had when young.
Aaaah!

REGARDLESS
You are here.
She is here,
He is here.
I?
You are black.
She is white.
He is yellow.
She is red.
They are brown.
I? A mixture of all?
You have parents.
She is a runaway.
He is an orphan.
They are from a broken home.
I? I was left
at the church door?
You are a billionaire.
She is a school teacher.
He is a garbage collector.
She is a superstar.
He owns a Fortune 500 company.
They are homeless.
I am unemployed.
You have a PhD.
She is a drop-out.
He is semi-illiterate.
Look at me—
you can see I AM illiterate!
BUT,
regardless of who
or what we are
and have,
we are all equally created;
we are all selfish;
not one of us is completely happy.
Whether or not
we care to admit it,
WE ALL NEED EACH OTHER REGARDLESS.


The author has chosen pictures relevant to each theme as the section-divider. These photo-breaks arouse pleasant emotions in mind of the beholder.

Many poems are written in the first person. Many poems contain questions.
"Tactics”, the first poem in the book, speaks directly to men telling them not to brand a woman as being ‘easy’ because they, the men, are also targeted by women: It works both ways.
""Calling God” ” is a marvelous prayer to be read and kept in mind, especially by those who have to take instructions from others — whether it be in one’s personal life or at work.
"Soliloquy I” is a very moving poem about his treatment of all his children and, what I feel are, our feelings for him. In it she speaks directly to her father in his grave letting him know that although — in his overprotectiveness and super-strictness — he mistreated her and her two brothers and sister so that they, therefore, always longed for their freedom, they remain tormented by the way this freedom was finally achieved — not by them coming of age (21 yrs acording to "his law“), but by some criminal shooting him.
The latter poem deals

Her ‘soft spot’ for the aged, the underprivileged and the handicapped is evident in "Solace” and "Intruding Upon Your Isolation”, dedicated to the homeless); in "Arvel”,, a moving poem communicating with a partially blind friend; in "Old Love”,, a touching poem about her grandparents’ love for each other. "Fly High” , provides an insight into her protective spirit regarding wildlife and the young (humans as well as wilfdlife). Here, a mother bird advises her now grown offspring before leaving the nest for good, to be careful in future of the beast called ‘man’ because man’s best friend is a ‘GUN’.

This book provides thought-provoking, yet relaxing, reading to the young and old, male and female, from all walks of life. It is also ideal for the busy executives on a long journey or alone in a hotel room seeking a break from reading statistics and other business documents. The romantic poems are a must for men and women involved in a committed relationship (particularly those men needing to stay away from temptation — see poem "US"), , as well as for those seeking love and for those who have experienced unrequited love. It is for those seeking more meaning to