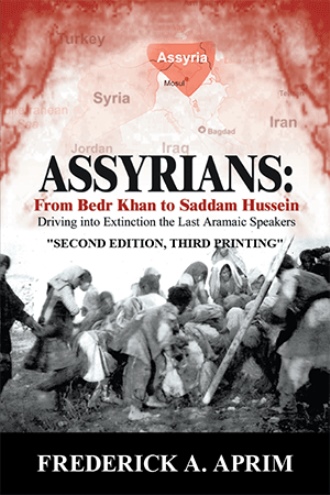 After the establishment of Islam as a state religion in the Fertile Crescent by the eighth century, the ferocious attacks by the Timurids, plundering the region as they descended from Central Asia in the fourteenth century, drove many Christian Aramaic speakers who did not convert to Islam into the mountains of the Taurus, Hakkari, and the Zagros for shelter. Others remained in their ancestral villages on the Mosul (Nineveh) Plain only to face heavy pressure to assimilate into Arab culture. The greatest catastrophe to visit the Assyrians in the modern period was the genocide committed against them, as Christians, during the Great War. From the Assyrian renaissance experienced when, miraculously, they became the objects of Western Christian missionary educational and medical efforts, the Assyrians fell into near oblivion. Shunned by the Allies at the treaties that ended WWI and after, Assyrians drifted into Diaspora, destructive denominationalism, and fierce assimilation tendencies as exercised by chauvinistic Arab, Persian and Turkish state entities. Today they face the growing clout of their old enemies and neighbors, the Kurds, another Muslim ethnic group that threatens to control power, demand assimilation, and offer to engulf Assyrians as the price for continuing to live in the ancient Assyrian homeland. As half of the world’s last Aramaic-speaking population has arrived in unwanted Diaspora, some voices are making an impact, including that of Frederick Aprim. —Eden Naby, PhD AFGHANISTAN: MULLAH, MARX AND MUJAHID (Westview, 2002) THE ASSYRIAN EXPERIENCE (Harvard College Library, 1999)

Frederick A. Aprim, an Assyrian Christian, was born Frederick Aprim Minasheh in 1953 in the city of Kirkuk, north of Iraq. He is a graduate of Mosul University, College of Engineering, with a B.Sc. in Mechanical Engineering. He left Iraq in September 1980 and entered the United States as an immigrant in December 1981. He worked for fifteen years in the disk drive industry in California's Silicon Valley. Fred's family, like many Assyrian families, experienced its own share of oppression and persecution. While in Iraq, both his father and teenage brother were imprisoned unfairly and tortured. Fred describes himself as an Assyrian activist, his many articles are posted on www.aina.org, www.atour.com, www.nineveh.com, www.zindamagazine.com, and other Assyrian web sites.