Flying Between Heaven and Earth 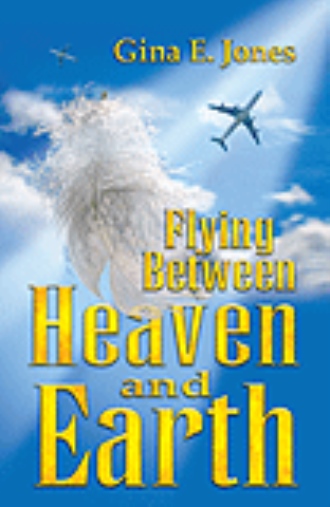 In this award-winning, lighthearted drama, Archangel Michael, the celestial defender of humanity, finds his job on the line. The High Council in Heaven is about to strip him of his wings because things on Earth are going to hell. Michael is about to lose his position to Semyaza, the evil Lord of Darkness and leader of the fallen angels. Nicole, an innocent, yet bumbling untrained angel volunteers to be a flight attendant to help Michael in his final campaign. She quickly learns what makes Michael's airline unique is a seat assignment system specifically designed to allow passengers the opportunity to balance their heavy karmic and emotional baggage with their assigned seatmate--not only from this lifetime, but from past and future lives as well. With the right person sitting on the right flight in the right seat, the traveling public is unaware that they are being served by angels and being given the opportunity to learn their soul's most important lessons before they reach their destination.

Caught in the vicious clash of the Dark against the Light, Nicole loses her own battle when she succumbs to the worldly temptations offered by Semyaza. In this harrowing race against time, Michael is now forced to choose between saving humanity or saving Nicole, the young, vulnerable angel who he secretly desires. With Semyaza's plans running on time and on course, who does Michael chose? And who saves him from his own pending demise? Find out in Flying Between Heaven and Earth!


“Totally enlightening and inspirational page turner! I highly recommend this book for all spiritual people. This book is a great fictional story, with a wonderful sense of truth, enlightenment, and an abundance of inspiration!” –- Reader Views

“An apocalypse story with a celestial twist, and a riveting read from cover to cover!” –- Midwest Book Review

“Archangel Michael starts an airline to save humanity! A recommended read!” –- Allbooks Reviews

“A fun, entertainingly glorious romp through the trials and tribulations of being alive on planet Earth. It has everything from ETs to Ascended Masters, sex to shopping, angels to demons, romance to mystery, and is multi-leveled to boot! It takes us from the pits of addiction and despair to the heights of heaven, and it does this all with a j

ABOUT GINA E. JONES The creative ideas and writing talents of author Gina E. Jones are revealed in her national award-winning novel, "Flying Between Heaven and Earth." Her high-flying story helps those who are seeking a true understanding of what is presently happening in the world. In a very entertaining, yet compelling story, "Flying Between Heaven and Earth" enlightens those who desire a deeper understanding of their life and the upcoming dimensional shift of consciousness. This life-changing book has the power to help replace fear with love as it answers questions about the purpose of our lives and where we are ultimately going. "Flying Between Heaven and Earth" is currently being considered for a major motion picture and television series. Gina E. Jones is the Founder of Scene the Light Entertainment, a multimedia company commissioned to offer entertaining and inspiring information, products and services. She is a producer, author of several books and currently working on several writing projects including screenplays and additional books. Ms. Jones is the author of several Cardology books and is the Founder of the International Association of Cardology (Cardology.org) and of Cardology Community: The Official International Online Forum for Cardology (CardologyCommunity.org). She speaks to various organizations and teaches the Cards of Life, an ancient system that reveals the character we have chosen to play in this lifetime and the script for our life. (For more information, go to: www.SceneTheLight.com and www.TheCardsofLife.com) Gina E. Jones studied architectural design in the School of Architecture at Louisiana State University in Baton Rouge, LA. In addition to being a patent-holding product designer, she had a 28-year career as a flight attendant with a major U.S. airline. It was there beyond the clouds that she began to see life from a much higher perspective. Gina retired from flying in 2006 to begin a new career as an author, screenwriter, and speaker. Gina's passion is the study of ancient civilizations, cardology, cosmology, esoteric sciences, metaphysics, quantum physics, ufology, and nutritional health. Gina also writes articles which appear in numerous magazines and websites including Oracle 20/20 Magazine, The Lifestyle Cafe, Omega Directory, Creations Magazine, Turtle River Press, Emerald-Energies, Pathways Within, Heaven to Earth, Thoth Web, Spirit Watch, Nancy Lynne Harris, Image Net, Edge Life, Angel Paths, Earth Star Magazine, Spiritual World, Listen Media, International New Thought Alliance, Inspiration Line, Aquarius Magazine, Messages of the Magi, The Cards of Life, Mystic Insight, International Association of Cardology, and the Association of Humanistic Psychology. To learn more about Gina E. Jones, go to www.GinaEJones.com