A Death at Valley Forge 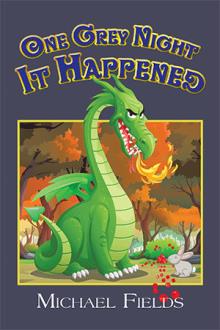 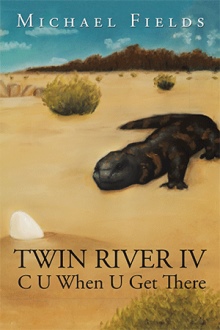 In the Prologue in 1778, a young teenager, Bruce Jenkins, travels to Valley Forge to enlist in the Colonial Army. He finds an army lacking supplies, lacking discipline, and lacking much enthusiasm. Desertions are weakening the army, and hunger is turning many of the men into scavengers and thieves. New orders come from Washington’s Headquarters that deserters and thieves will be shot. Starving and in great pain, Bruce goes hunting food in a nearby farm and is killed. His body is buried on the farm. The theme of the Chicken Thief Soldier, a theme of courage and strength and the dedication of youth, is a strong one, and it is a recurring theme throughout the book. In 1960, during the Thanksgiving holiday, Drew Benson and his parents are driving through Valley Forge Park during a bad storm. There is an accident, and both his parents are killed. Bruce is taken in by the Collier family, their son Shane being Drew’s best friend. Bruce has recurring nightmares about the accident. Shane tries to help, and then a coach at George Washington Junior-Senior High School, Homer Matthews, persuades Drew to go out for junior high football. He also persuades Drew to begin a conditioning program in the mornings before school. At first, Drew is painfully inept, but gradually he acquires the strength and confidence to become a good runner. A gifted history teacher, Professor JJ, introduces Drew to Ben Franklin, and Drew plans the famous kite experiment as his class project. On a bad-weather day, the kite reenactment gets out of control, injures Professor JJ, and makes Drew a permanent enemy of the class bully, Frank West, Jr., the principal’s son. Because of this, the principal begins to detest Drew. Drew becomes entangled in a complicated romance with May Wiggins, who prefers the more stronger and athletic Shane. Drew survives this problem, and he and Shane still remain friends. Drew eventually meets Joyce Thompson, and they become close friends. The principal, Mr. Frank West, Sr., shows his hostility when Drew is brought to the office for fighting with Frank, Jr. Drew is paddled severely, and the punishment only stops when Coach Matthews enters the office. There are more complications in school, some brutal, some humorous, some romantic, but Drew and Shane handle them together. There are cut-days and trips to Philadelphia, summer weeks at the Jersey Shore, log cabin sleep-outs at Valley Forge Park, and a major trophy buck hunt on protected Park grounds. There is also the suicide attempt at the Memorial Arch when Jackson, a Korean War veteran, tries to hang himself. Drew and Shane show their character and strength as they progress from one challenging incident to another. Upon graduation from George Washington High School, Shane enlists in the Army and goes to fight in Vietnam. As his mother had wished, Drew goes to college to study to become a teacher. At the end of four years, he enlists in the Army and joins Shane in Vietnam. In 1975 George Washington High School is demolished and a newer, bigger Valley Forge High School is built in its place. At this time Drew returns to Valley Forge with a Vietnamese wife and child. Shane comes back in a coma and is admitted to Valley Forge Veterans Hospital, which is across the street from the school. The war years are covered by flashbacks, and the circumstances of what happened to Shane and Drew in Vietnam are explained and clarified. It is a gradual process of discovery, both comical and tragic. Drew returns to Valley Forge with a Vietnamese wife and child. Homer Matthews, now the assistant principal, invites Drew to substitute teach at Valley Forge. Both the principal, Frank West, Sr., and Coach Chuck confront Drew immediately and warm him about causing trouble. The principal just plain hates Drew, and Coach Chuck is worried that Drew might interfere with his football team, which is enjoying an undefeated season. The championship game is scheduled for Fri

The author, now retired, taught and coached in both public and private high schools in Ohio, Pennsylvania, California, New York, and South East Asia for thirty years. He has drawn on this experience to portray a “realistic and sometimes explosive” school environment. In 1967 the author met John Steinbeck in Northeast Thailand. John Steinbeck told him, “If you’re going to do this, write about things you know, write about things you really care about. And don’t quit your regular job.” Following Steinbeck’s advice, the author did both.