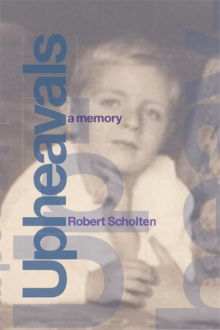 This volume includes a new translation of Les fleurs du mal by Charles Baudelaire (1921 -1967 ), often considered to be France's foremost poet and the first modern one. "Flowers of Evil” was Baudelaire's major work; he worked on it all his adult life, until aphasia robbed him of the use of language. Counting the unnumbered introductory poem "To the Reader", but not the unnumbered and incomplete final "Sketch of an Epilogue for the 2nd Edition", there are 160 poems in the definitive edition published in 1948 by the Club Français du livre. All are included in this volume in both French and English, except for one written in Latin.

Les fleurs du mal has seen numerous translations of all or part of the original into English, some in rhyme and meter, others in free verse or prose, some that are close to the French text, others straying far afield. An incomplete one is by Edna St. Vincent Millay, published in 1936. It is the one best known, and rightly so, even though, as has been said, that twentieth century poet tended to employ a nineteenth century vocabulary (whereas that nineteenth century poet, Charles Baudelaire, seems to belong, in thought, emotion and language, squarely in our time.)

When the current translator, Robert Scholten, discovered Les fleurs du mal, he fell instantly under its spell, not only of its poetry, but of the truthfulness and courage with which the poet had looked at both the good and the evil in his heart, the light and the dark present in all of us, if not usually in such extremes as in Baudelaire. The events in Scholten's youth in Europe during the nineteen thirties and forties brought into stark vision the reality that love and hatred co-exist in man with more ease than we like to think. So do anxiety and peace, prejudice and tolerance, courage and fear, the joy of living and the fear of death, and a host of other contradictory thoughts and feelings. He learned he was not exempt from such counter-currents.

So it was that, many years later, Scholten was struck by the conflicts the poet expressed when he wrote about his long-time and only true love, Jeanne Duval in his suicide letter of 1845) such lines as, in this translation:

--but also, in rebellion against her dominion over him:

(You) Who humbled my spirit and dared
To make it your bed and domain;
To you, infamous one am I paired,
Like a galley slave held by a chain...
(from "The vampire")

--after which it gets worse. Elsewhere, with the raw nerves of anxiety:

My reason in vain tried to master the rudder,
But, against all my efforts the storm toyed with me,
And caused the old wreck of my soul to shudder,
As, mastless, it danced on a limitless sea!
(from 'The seven old men")

--but then, hoping for a moment of calm (while still conscious of pain and fear):

Be good, o my Pain, stay calm and have pity,
You asked for the Evening; it falls; it is here:
A dark atmosphere now envelops the city
With its peace, but to some it brings worry and fear
(from "Meditation")

Many more examples of such opposite feelings could be given, but, of course, not all of Baudelaire's poems are about the conflicts in our hearts: their range is far and wide. Some are rather philosophical or visionary in nature, some touch upon religion, whether of the American Indian or the

Robert Scholten is Emeritus Professor of Geology at The Pennsylvania State University. He was born and raised in The Netherlands and came to the United States in 1946 to obtain his doctorate degree at the University of Michigan in 1950. Research at Penn State took him to a variety of countries, where his early love of languages, especially French, facilitated his work. Upon his retirement in 1985, his growing fascination with Baudelaire's Les f1eurs du mal led to the ten-year project of translation that bore fruit in this volume.