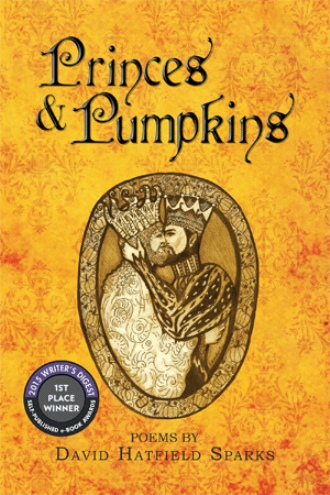 The poems of David Hatfield Sparks resonate with the rise of the postmodern, multicultural, LGBTQ and feminist political and spiritual movements. Inspired by Walt Whitman, H.D., Jack Spicer, Robert Duncan, Adrienne Rich, Audre Lorde, and his close friend Gloria Anzaldúa, and drawing upon ancient and indigenous mythologies and spiritualities, together with magical practices, a passion for Nature, and a delight in Camp, Sparks seeks to trace the multilayered, multidimensional, at times nostalgic, at times wild and defiant, spiritual journey of a Queer mystic. The poems in this collection follow a dream-like chronology of responses to events in his life and in the lives of others he has known. Not ignoring the shadows, he acknowledges the suffering inflicted by those men and women who have condemned Queer identity and practices, such as his parenting of his daughter Mariah. By means of a revolutionary spirituality, he is determined to transform suffering into liberation and enlightenment. The poems are organized into three sections. Those of the first section, "Prequel," are drawn from the pre-Stonewall, bohemian, struggling life of a married "hippie" that culminates in the birth of a magical child. The second section, "Personas," delves into the complexities of what Sparks calls "gay being and becoming" that includes the construction, dismantling, and reconstruction of the many masks and identities gay/Queer men have worn and inhabit: sissy, artist, monk, trickster, rebel. This theme continues in the third section, "Parables," but herein the poet excavates language and images from deeper psychic levels in a profound spiritual exploration, mirroring Rich's "Diving into the Wreck," that confronts and reinvents religious Queer-relevant symbols and myths in the forms of elegies, dirges, ritual dramas and chants, in an intoxicating brew that delights.