Inner motivations as resources for tackling the crises of our times 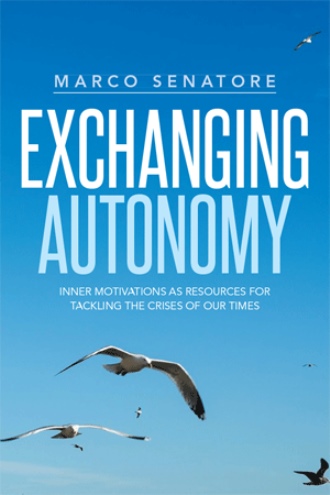 This book has already been published in Italy by the university press Aracne (http://www.aracneeditrice.it/aracneweb/index.php/pubblicazione.html?item=9788854857957). Its twofold purpose is to define some dimensions of individual autonomy (in particular, existential, functional and relational autonomy) and promote their dissemination within society, mainly through the introduction of some legal and economic tools.

Starting from references to authors such as Adam Smith, Immanuel Kant, John Rawls, Theodor W. Adorno, Jurgen Habermas and Amartya Sen, this book highlights the key role of individual autonomy for rediscovering a sense of community and dealing with social challenges. This implies analyzing the difference between the currently widespread individualism (as the free choice of means) and individuality (which focuses on the determination of personal objectives).

The book also illustrates the contribution that inner motivations, on which autonomy is grounded, can make to tackling several important issues of our time, such as pollution, the growing sway of finance over the economy, the unbalanced distribution of income and the choke-hold of lobbyists on politics. This could mainly take place through transactions involving the exchange not only of actions (as in our daily life) but also of inner motivations (values and metavalues).

Although the positive effects of autonomy are primarily of an economic nature, the author has followed an essentially interdisciplinary approach, based on the assumption that the fragmentation of knowledge prevents us from fully grasping the potential of individuals and from questioning the cultural and social mechanisms that hinder its development.

Marco Senatore is currently an advisor at the International Monetary Fund. He was born in Genoa, Italy on 13th December 1975. After attending classical lyceum, he graduated in Political Sciences at the University of Rome in 2001, before getting some Masters in Finance and International Economics. He worked at the Ministry of Economy and Finance of Italy from 2005 to 2012, participating in international meetings at the European Commission, the Organisation for Economic Cooperation and Development, the Bank for International Settlements. His novel “Facebook e le monadi” (in 2012) and his philosophy book “Scambiare autonomia” (2013) were published in Italy by the university press Aracne. His personal interests include economics, politics, jazz, rock and pop music, philosophy and sociology books, novels, movies. He speaks Italian, English and French.