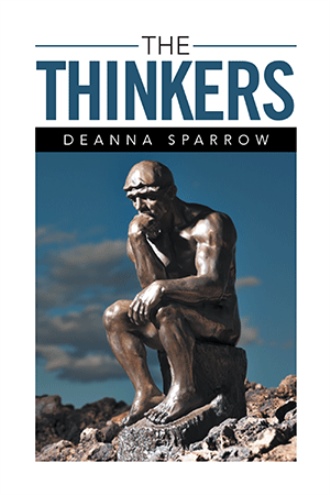 Set in the very near future, this science fiction story is about personalities and emotions. Behaviors are learned and passed on from parents to children and, in this book, even to robots! Winthrop, a family bot, has taken all those behaviors and manifested himself into an intelligent, comical, but intolerable character. Johnathan, a robotics prodigy, is asked to fix Winthrop before the robot is forced to be retired from the home and family he loves. Winthrop, programmed to be a progressive thinker, feels that his only solution is to run away from home until he has an answer to his problem—how to control his electronic emotions! Winthrop’s suspenseful adventures while in hiding are all great learning experiences. Only fifteen years old, Johnathan, gifted with his parents’ fully stocked robotics lab, uses all his skills learned from his parents and in his robotics class in school to repair Winthrop and finds that his most helpful knowledge relates back to what he has learned from church, the Bible, and religion. Johnathan’s personal inventions and a review of the past and what things could be like in the future are certainly inspirational!

Wanting to be a writer since the third grade, she started many short stories, poems, and novels in the teen genre, keeping them safe until she had time to edit them. In her thirties, with a family, horses, and family pets, she found so much to write about that she decided to get started by taking a course with the Institute of Children’s Literature. Her first short story was bought by a magazine in Colorado for $10! A published graduate of the Institute of Children’s Literature provided her with the editing tools needed for creating, editing, publishing, and assembling a twelve-page facility newspaper for twenty-five years in the facility where she worked. Preparing to retire in 2008, worrying about having too much time on her hands and sufficient income, she began taking her writing seriously. Too shy to publish in her own name, Deanna Sparrow was born, maturing slowly, making mistakes, but diving into the publishing market, making up for lost time. She wrote two books and chose to self-publish only one. Not wanting to spend the money to publish the second book, she shared her ideas with several publishing companies and editors. Her idea for that book became a Disney movie—without her. At first angry then encouraged, she realized self-publishing was the safest way to go, and she became even more determined to be a successful writer. Once retired, relaxed, and getting a good night’s sleep, she would dream incredible ideas for books! She began waking up in the middle of the night to write them down. Most of her books originated from her dreams. Deanna Sparrow hopes someday to be noticed again by Disney or even Steven Spielberg!