A Dream Map to the Sixth Sun

Restoring Harmony and Balance to our Lives 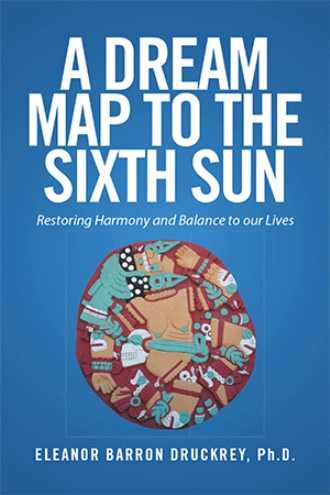 A Dream Map to the Sixth Sun — Restoring Harmony and Balance to our Lives is the only tool kit you will need for entering into the age of the Sixth Sun. Set your computer aside, leave your tablet behind. All you will need is your sharpened senses to awaken from the dream of life and enter into a rich period of creativity and personal power. The Sixth Sun is upon us now as promised by the sages of the early Mesoamerican cultures from time immemorial. The lived experience of indigenous people includes sound, color, felt sensations, travel through multiple dimensions, and the presence of other beings, not readily accepted as normal, natural, or real in dominant cultural reality. The era of the Sixth Sun is the doorway through which the feminine comes into its power and reclaims its rightful domain of strength. Redefining what the feminine means for us today is the task that is presented to us. With an Introduction, utilization of dreams, legends of goddesses and gods and history, portraits of the three women of this narrative emerge that tell a story of time travel, discovery of sacred gifts, and meetings with ancestors that interact in proactive ways in their lives. The window to the feminine era opened on December 21, 2012 and emboldens us to manifest the areas of our lives that yearn for expression and recognition.

Eleanor Barron Druckrey, PhD. has worked as a cultural diversity consultant to schools and nonprofits for the past fifteen years and has recently transitioned to partial retirement continuing her dream awareness and meditation work with mystics and other artistic inividuals in the creative process, including end of life processes in hospital chaplaincy programs. Her doctoral research combines forty years' dream journals with Aztec, Toltec and Maya Dream Traditions. She has also written Corn Woman Sings: A Medicine Woman's Dream Map, which delves into the paradigm of these cultures. She attained her B.A. degree at the University of CA, Berkeley in History; Master of Science degree at San Francisco State University; and Doctorate in Clinical Psychology at the Center for Psychological Studes in Albany, California.