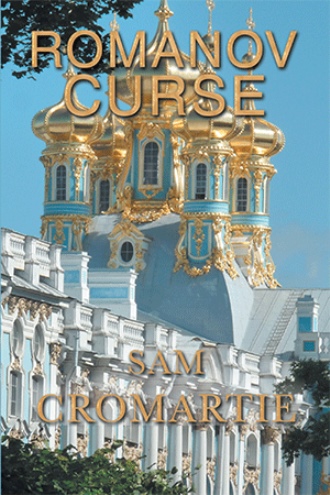 Valentina and Ivan rode out of camp on two heavily laden horses. A foot of snow covered the ground. Ivan tilted his head against the frigid wind. He felt guilty for what he was doing. As commander, he was supposed to look after his men. Freeing Valentina put them all at risk. There was always the chance that she would lead the tsar’s troops back to them. She had assured him she would not, but she had also insisted she was the Grand Duchess Maria.

He would just have to trust her. His conscience would never allow him to permit his men to molest or kill her, and that was inevitable if she remained at the camp.

He realized that Valentina would never be safe in the camp and she would never survive the journey alone. She was definitely athletic and spunky, but she still had no survival experience. The venison was probably the first meal she ever had that servants had not prepared.

They traveled single file all day along narrow paths in the woods, stopping only to rest the horses and to share a chunk of venison. Valentina was unusually quiet, but at least she did not complain.

When the sky became too dark to see the trail, they stopped and put up their tent. Recalling Valentina’s refusal to share his bed, he wondered what she would say about having only one tent.

They both felt exhausted from the prolonged ride and the absence of sleep. Removing their coats and boots, they crawled under three wool blankets and fell asleep in minutes with Valentina as far away as possible, her back to Ivan.

He wondered if she was angry with him, but decided not when he awoke the next morning to find her nestled against him with her arm over his chest. He had planned to rise early, but her body, pressed against his, felt too good. It took all his control to refrain from kissing her chapped lips. Instead, he lay there, enjoying her warmth. He was glad he had decided to travel with her.

His arm fell asleep, and he needed to empty his bladder, but he did not move until Valentina awoke with a jolt. She moved her arm and sat upright. Her face turned red. “I’m sorry,” she said, turning away from him.

Sorry for what? Ivan thought as she slipped on her boots and coat. For driving me mad?

They rode all day, again staying on back roads and paths. The hours of sunlight were limited so they rode by the light of the moon in the late afternoon. The horses stopped when they reached a wide dirt road.

Valentina pointed at four royal soldiers on horseback 50 meters away. She steered her horse toward them. Ivan grabbed her reins.

“What are you doing?” she said. “Those men are probably looking for me.”

He led his horse beside her and whispered in her ear. “Perhaps, but they may also be looking for me. I don’t want to have to kill them.”

Valentina lifted one eyebrow. “There are four soldiers against one of you. I would place my bet on the soldiers.”

“That is an even better reason to avoid them.”

“A good reason for you, but they will take me home.”

“Maybe, and then, maybe not. Some of the soldiers have no more self-control than my men. I’m not willing to take that chance.”

“That is my problem. Not yours.”

The soldiers moved toward them. Ivan spurred his horse and raced into the woods. Looking back, he saw Valentina with her horse still standing on the road. He could not believe his stupidity. She had lied when she promised to do whatever he said. In moments she would be telling the soldiers all about him and his men. He had endangered them all. Maybe Valdislav should stay in charge. At least he was not gullible enough to abandon his command for some girl he hardly knew.

There was barely room for his horse between the trees. Limbs banged against his chest, almost dislodging him. He clung to the saddle and lowered his head, letting his mount lead the way. After several minutes, he reached a small clearing. The horse slowed at a stream.

Ivan heard hooves pounding the ground, gaining on him. There was no time to stop. He urged the horse forward into the cold water.

Suddenly another horse thundered into the clearing. Ivan grabbed his pistol and turned toward the rider.

To his surprise, he saw Valentina, riding like a Cossack warrior at full gallop with her hair flying in the wind and eyes blazing in the moonlight. Her horse tried to slow, but she kicked it, and in a moment, soared over the stream toward the icy bank.

The horse stumbled. Its front hooves slid to the right. It landed hard on its rump. Valentina threw her legs back and clung to its mane. The frightened animal righted itself and raced forward into the woods with Valentina still on its back.

Mouth ajar, Ivan rode his horse out of the stream and hurried after her. He had been around horses all his life, but never had he witnessed such a feat. She was the most extraordinary woman he had ever seen, and she had abandoned her rescuers to follow him.

For ten minutes, he raced through the dense forest, clinging to his horse for dear life as it veered past tree trunks and under thick limbs. Finally, Valentina stopped in a small clearing, and he was able to reach her.

Valentina was not even short of breath. He moved to her side. “That was incredible.”

She motioned for him to be quiet. Voices traveled through the forest from far away. She nudged her reluctant horse forward.

Seventeen-year-old Valentina Kovalova considers her Romanov blood to be a blessing until Bolsheviks kidnap her. Their leader becomes her lover and helps her to go home. He returns to his rebels without knowing she is pregnant. Her father shuns her, his cousin Tsar Nicholas abdicates, and Valentina delivers twin sons in the midst of war and revolution. Bolsheviks kills her parents and two sisters. Valentina flees to Germany with her infant son, leaving behind his twin brother whom she believes is dead. She inherits the extensive estate of her aunt and marries a handsome man from a prominent family. He becomes a confidant of Adolf Hitler. Her husband thinks the Führer will restore Germany to her rightful glory. Valentina recognizes him for the madman he is. At great risk to herself, she refuses to support him and hides a Jewish girl in her home.

Sam Cromartie M.D. served as a captain in the US Army in Vietnam, as a thoracic and cardiovascular surgeon on the faculty at Indiana University School of Medicine, and as chief of thoracic and cardiovascular surgery at Halifax Medical Center in Daytona Beach, Florida. He has published numerous articles in medical journals and is co-author with Richard Duma M.D. of High-Tech Terror: Recognition, Management, and Prevention of Biological, Chemical, and Nuclear Injuries Secondary to acts of Terrorism (Charles C Thomas, Publisher). He lives on an island off the coast of Florida. For detailed information, check his webpage, www.samcromartie.com.