Be the Pine, Be the Ball

Haiku Reflections on the World of Golf 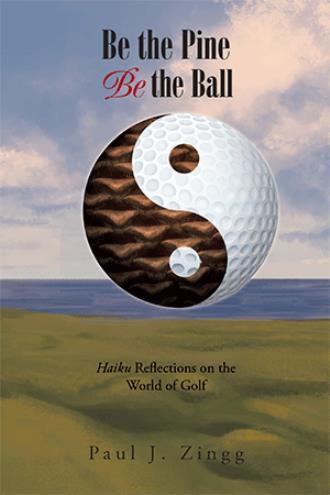 Focusing on the landscapes and memory of golf and examining the game’s nature and appeal, this collection of seventy-two haiku poems and essays aims to lead readers to a fuller appreciation of the culture and history of golf and a deeper awareness of a player’s place in the game. Be the Pine, Be the Ball also reveals the compelling beauty and power of haiku, the most popular poetic form in the world. Through the brevity of its style, precise language, and ability to reveal how ordinary moments and elements of our lives are pathways to a better understanding of ourselves and the world around us, haiku can have both a meditative and consequential effect on the reader. A key to the connection between haiku and golf is that both foster powers of concentration and detailed observation with a related reduction of distractions. Both seek to cultivate a more tranquil and disciplined mind and to translate that condition into how a life is lived and a game is played.

For over forty years, Paul Zingg held faculty and leadership positions in American higher education as a professor of history, dean, provost, and president. He has published twelve previous books, including a Pulitzer Prize-nominated biography of an early 20th century baseball player and an acclaimed examination of golf in Ireland. His interest in sports has focused on their larger cultural contexts wherever they are played and enjoyed. His work often combines literature, illustration, and history to explore the appeal and meaning of sport. His passion for golf began as a caddy, developed as a collegiate player, and matured as a student of the game’s history and culture. Since retirement from university life, he lives in the San Francisco Bay Area where travel, writing, and service on several non-profit boards try hard to keep him off the golf course. These activities, however, did not prevent him from shooting his age for the first time in 2017.