Critical Issues in Applying the Philosophy of Fearism

by Fisher, Subba and Kumar 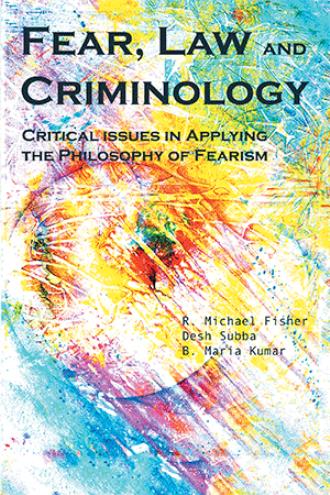 It feels important that throughout our discussions we ask ourselves not to fall into only the so-called ‘tried-and-true’ (functionalist) ways of perceiving, thinking and doing, no matter how much we may be pulled to pragmatism. This is the warning given by Desh Subba, founder of the philosophy of fearism in the quote at the beginning of this chapter: “When society and governments are enlightened with a new idea, the new idea opens doors to new solutions. Fearcriminalysis is like that, we just have to keep doing the work, opening doors, without expecting good results, at least not right away.” Pragmatism can tend to lead us down traditionalist roads and ways of thinking, based on old ideas. It can be fear-based. Yet, pragmatics may be useful. They may be also part of the problem—the Fear Problem, which Michael Fisher has been adamant to reconfigure as something far more than most of us have been able to imagine. We need new, if not ‘wild’ ideas and we need practical applications and solutions at the same time. Maria Kumar has been a police officer most all of his career, so he wants us to keep our philosophical feet also on the ground. We hope this book brings those diverse challenges together in an interesting weaving for the reader. Safety and Security: The New Wave of Domination Overall, on first glance upon the earth, too many people and other species are not protected enough from suffering. Humanity is still striving to bring safety and security to such victims; yet, equally it seems humanity is unwinding the sacred freedoms, rights and securities faster and faster each day. Oppression and violence growing rapidly is a symptom of such desecration of basic needs of so many. Nuclear (arms) development, global killer diseases, starvation, mass human displacements, global warming, extreme weather crises, and mass species extinctions with ecological deterioration are bringing new fears and insecurities to humanity. The future is more precarious by the day. Youth are particularly ‘hit’ by this reality, as we see stresses upon them overwhelming and youth suicide rates in many countries are skyrocketing. Excess fear and insecurities grows—a “climate of fear” or a “culture of fear” have been pronounced by many critics as the no. 1 problem humanity has to resolve. Generally, people don’t feel trusting or safe! It is this very condition of growing insecurities globally that no doubt has motivated us as co-authors to apply fearism to law and criminology. Maybe we can begin to bring some new insights and solutions to these ominous problems. Safety and security as basic needs is like mother’s milk or apple pie. How could it not be a valuable thing (like love itself) to warrant being protected with the ethical fibre of our existence? The likeability and instinctual response to value safety and security, that is to value protection of the sacred, is not what is in question here. Law, in principle, is primarily oriented to such protection, just as are government sponsored “vaccine” programs. Recent raging debates and a general loss of public trust in vaccines, that is, an increase in “fear of vaccines,” is a huge international topic and has analogous lessons for the debates and general loss of public trust in governance and policing as “fear of crime” and “fear of police” increases. Yet, as critical thinkers and co-authors we also have to question the ‘sacred cow’ so to speak. No “need” ought to be given such sacred status/privilege or priority that it becomes unquestionable in its reign, where no voice of critique can be raised. It is that moment when we are facing silencing. In that moment we are likely confronted not by argumentation of common sense or logical propositions for survival and wellbeing but something more like ideology. Philosophers typically sense ideology and challenge it before others. Unfortunately, we sense “safety and security,” the business of protection, today is being usurped from its good side, to becoming another football for dominant ideologies to compete—to win. Ideology is complex but it is characteristically a form of discourse that values something so greatly that it makes it unquestionable of worth in all its aspects, and avoids self-critique. Ideology, whether conscious or not, is the bricks and mortar of all forms of control and domination. Law is susceptible to it. As thinkers we too may fall into this—we may make fearism an idol. We may ideologically support “law” as such an idol as well, or “policing” and/or we may assert our findings in criminology research as definitive, empirical, and the only real “truth” worthy to be discussed. The other danger of ideology is that we may project it onto others when we disagree with their position. We may be driven by fear-projection as enemy-making, even hate, without seeing we too have become entrenched in a rigid ideology. 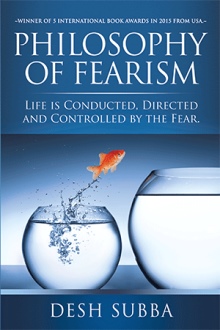 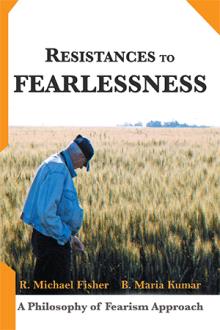 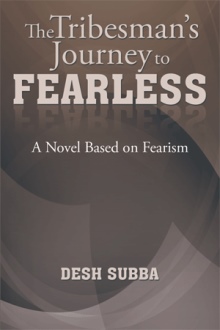 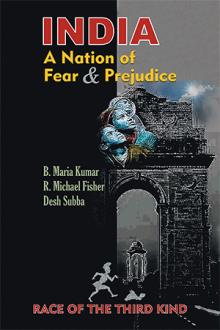 India, A Nation of Fear and Prejudice
Kumar, Fisher, Subba
$20.69 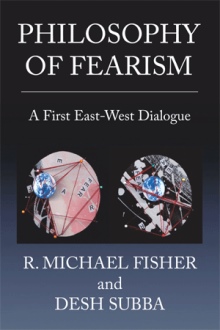 With the growing awareness of many critics of “risk society,” the “culture of fear” and the dangerous rising levels of unhealthy fear around individual, group, and public insecurities, three keen observers of the human condition have joined experiences, theories, and ideas to create a fresh vision for how best to look at the fear problem and how law and criminology may benefit from a new lens or perspective. The authors, with their backgrounds in the study of the philosophy of fearism (a la Subba), bring a new lens to law and criminology to social policies, politics, and policing and how best to improve enforcement of safety, security, and moral order. The fearist perspective of a philosophy of fearism creates an exciting, challenging, and sometimes radical position, whereby the authors argue that fear itself requires a concerted focus for analysis and solutions—that is, if law and criminology are to fully meet the highest standards of serving justice for all in a globalizing complicated world. Going beyond the simple fear of crime or fear of policing issues commonly dealt within discourses about law, the philosophy of fearism offers other concepts with a rich vocabulary introduced in this book, one of which is the introduction of a new subdiscipline called fearcriminalysis. Readers will find, additional to the main text as collective writing of the three coauthors, several fresh dialogues of the three authors in conversation, which bring their individual personalities, philosophies, and approaches into a weaving of differences and similarities. Overall, they each agree that fear has been underestimated and often misinterpreted in law and criminology, and this has resulted, at times, in exacerbating insecurity, crime, and injustice in the world.