Myths from South Eastern Nigeria: An Examination of Their Cosmological and Theological Relevance 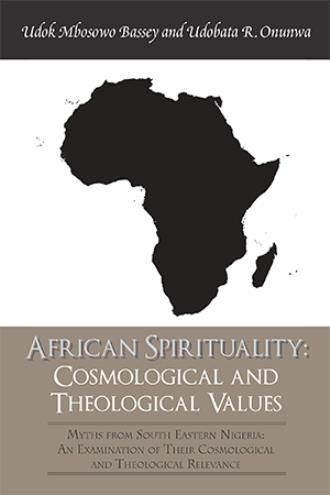 To penetrate into the world of another people is simply a task that demands patience, skill, and humility. It is easy to write off people on the basis of racial or ethnic pride, ignorance, and hasty judgment. Until one carefully studies a people’s way of thought, reasoning, and logic, it is not easy to understand and interact with them. Once people’s cosmological views are properly understood, it would be easy to relate, associate, interact with them, and even criticize them from within and not from outside their scheme or realm of thought and action. This work has tried to peer into the world of Akwa Ibom and Cross River states of Nigeria, people with immense, rich culture and tradition and, in contemporary times, enormous oil wealth and attractive tourist attractions. The author has argued that the best in any people can be caught only when one understands and works with them from within. The myths of the people can help explain their lifestyle and actions.

Dr E. Mbosowo is a lecturer at the University of Uyo and hold the PhD of the University of Calabar. He is also a part time lecturer at the Essien Ukpabio Theological University of the Presbyterian Church of Nigeria. He has a number of published papers in highly rated journals and preparing a second book on the ethics. He has done a lot of field work in many parts of the region of South – South Dr Mbosowo belongs to a number of Learned Association including the Nigerian Association of the Biblical Scholars (NABIS) and Nigerian Association of the Study of Religion. Professor Udobata Onunwa has done a similar study on the Spirituality of another African Ethnic nationality and this is a follow up to that first work. He is the author of many learned and scholarly books including: • Studies in Igbo Traditional Religion Obosi Nigeria, Pacific Publishers, 1990, Revised and Enlarged, 2002, 2004, 2005, 2012 • African Spirituality: An anthology of Igbo Religious Myths, Darmstadt Germany, Thesen Verlag 1992, Revised and Enlarged, Arima Press, Bury St Edmunds, UK, 2005, 2006, 2007, 2009, 2011 • Studies in African Traditional Religion: A Methodological Survey, Obosi, Nigeria, Pacific Publishers, 2005 • Tradition, Culture and Underdevelopment of Africa, Red Lead Publishers, Pennsylvania, 2006 • The Igbo Icon: Authentic Guide to Igbo Achievers. Singapore, Charles Lim Press, 2006 • Contemporary Themes in African Religion and Culture. Red Lead Press, Pennsylvania, 2008 • A Handbook of African Religion and Culture, Red Lead Press, Pennsylvania, 2010 • A Handbook of Methodologies of African Studies, Red Lead Press, Pennsylvania, 2010 • Confessing Christ in All Cultures, UDI Publishers, Lagos Nigeria, 2012 • Besides, he has seven monographs and over One Hundred and Fifty published articles in top academic journals in Africa, Asia, Europe, the USA and the Oceania. He is the Professor of African Traditional Institutions and Culture who propagated the Culture Area and Phenomenological Approach as the most viable methodology to study African Religions and Culture. • Udobata Onunwa belongs to a number of International academic and learned associations including • The British Association for the Study of Religions, • Society for the Study of Psychological Issues of North American Universities (SSPI), • Association of the Study of Old Testament in Africa; • UK One World Linking Association (UKOWLA); • Association of Christian Counsellors of UK and Europe, • American Association for the Advancement of Science; • Association of Academic Excellence in Nigeria and • The prestigious New York Academy of Sciences.