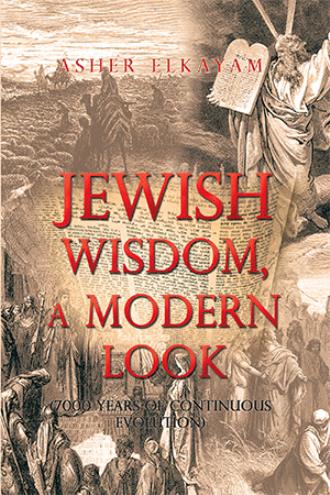 This is a fiction book about biblical icons who “come back” to earth in order to listen to and judge their supporters. Jesus comes back and faces Moses and Aaron. For Christians, Jesus is the symbol of purity and deity. For Jews, Moses is the prophet who produced the laws for all humanity. Moses is considered in the book of Genesis to be the humblest of all men. While Moses, Jesus, Paul, and Aaron are having a serious talk, a heated debate is taking place here on earth among Bible lovers and objective scholars. Community leaders organize conferences in several towns around the country and invite spiritual leaders, scientists, and anthropologists to discuss the concept of creation versus evolution. In the fictive world of our biblical icons, more and more historic figures appear and join the circle of discussion and debate about the original biblical laws and how some laws have been changed throughout history. It is being exciting. Back on earth, a friendly but frank dialogue on the Judeo-Christian relations takes place. Rabbis, men of church, and scientists vent their opinions about the sour and happy moments, which took place during the last 2,000 years, between Jews and Christians. Efforts are made between both parties to clear several myths, which separated the two camps throughout history. While the above is taking place, Moses, Jesus, and the others are invisible to the audience. The readers of this project are led to realize that, after a painful and historic confrontation between our biblical icons, a somewhat positive and constructive bridge has been formed. Their mutual understanding is based on the biblical commandments, which are accepted by both religions. Several doubts have been cleared. The multiple conferences between humans ended up establishing a long list of findings, thus enabling a constructive rapprochement between both religions. It was concluded that, despite some differences, both religions could live comfortably with each other within mutual respect and mutual tolerance.

Asher Elkayam has been an avid learner of the Hebrew Scriptures since the age of seven. In his native French Morocco he was tutored by rabbis and scholars,especially Rabbi Reuben Ben David who was a great Torah scholar. The author showed passion for the Mishnah and the Talmud and was widely exposed in elementary school to Pirkey Avot (the Wisdom of the Fathers), which is an important tractate of the Mishnah. A former student of the Hebrew university of Jerusalem and Alliance High School in Haifa, Israel , Mr Elkayam studied, beside biblical studies, Hebrew Morphology, Bible and Talmud. He is the author of 'The Bible, The Power of the Word' The Qur'An and Biblical Origins', 'Love and Romance in the Bible' previously published books by Xlibris. Mr. Elkayam studied comparative religions and previously wrote two books on the subject: 'Whose God is it Anyway' (to be found in Amazon.com) and ' Jesus Returns and Faces Moses'. The present project reveals hundreds of wise lessons learned from the Mishnah and the Talmud which represent a clear explanation and interpretation of the Hebrew Scriptures. Pirkey Avot is a masterpiece Mr Elkayam has been fascinated with for decades. He ardently shares his passion of that learned wisdom with the readers of this book.Those wise maxims can be heard in our century. Mr. Elkayam is a multi lingual and multi discipline scholar. Besides his Hebrew, Bible and Talmud knowledge, he is also a French and Hebrew teacher, a graduate of the Political Science Institute of Strasbourg, France, and a graduate of Towson University in education. In professional matters and as a US Army veteran he is also a graduate of the American Council of Audioprosthology(in helping the hard of hearing for the last 42 years)