Diary of a Mad Band Director 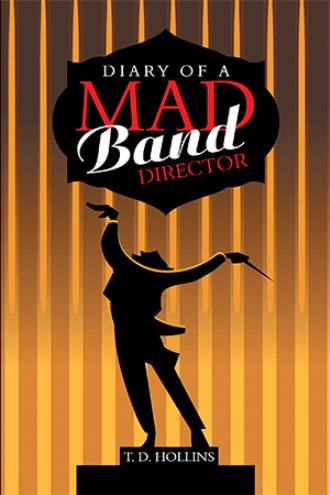 Day one I did what I always do, try to find the students. I got a roster and called every student on the list. Remember the majority of the students did not want me there. Well, I can’t really say that, they just preferred their previous director. But I called each one to make sure they heard my voice and knew when camp was taking place. I had managed to get a crew of students up to the band room to help with a project around Day 3. I had a lot of equipment in my car so I pulled my car through the band room’s garage. About an hour after the students left (without helping more than 10 minutes), the police came to the door. The students had called the police on me. They wanted my car out of “their” band room. Then the anonymous letter came. In summary it said this: “Thurman Hollins is hazing students. Thurman Hollins stole instruments from his last school. Thurman Hollins is stealing money. Thurman Hollins’ wife reports to him and that is nepotism. Thurman Hollins’ staff doesn’t have degrees. Thurman Hollins doesn’t tune the band. Thurman Hollins got fired from his job 4 years ago and you can read at this link what happened”. And then the anonymous calls to the auditors began. Everyday someone called the auditor claiming that all of the items above were true. This is not an overstatement. It began with everyday. Then it went to every other day. Then it went to once a week. Then it went to once per month. And right when I thought that I had wore them down, they tried one last time but this time, I finally found out who they were. These were heavy allegations, which were all found to be untrue. You see, I learned that haters have one job, and it is to hate. It made sense to me that the students and alumni didn’t want me there, but it didn’t make sense to me that they would go to such lengths to get me out. It seemed that they wanted the program to fail, and I’m just not good at failing. I was never so close to quitting, but that meant I would fail. I could not let those haters win. Through all of this madness, I learned that I couldn’t control what others said about me, falsely reported about me, or even attempted to do to me or my family. What I could control was how I operated. I knew that I had a clean operation. They attempted to poke holes in everything that they didn’t understand, so that made me work to harder be more efficient. To tell the truth I was MAD as hell. So I began to write. What spawned out of my madness was a manual that was to guide every band director that would take over a position. So where the Diary ends, the manual begins.

This might be my last year—not because I let it beat me but because I have finally found the happiness that I’ve been searching for all my life. Ironically, I found it in a place that has nothing to do with music. You see, happiness is the single “life essential” for which we all long for. We feel happiness when we perform. We feel happiness when we have successful lessons that indicate student learning. We feel happiness when our peers, our colleagues, and our communities love what we have provided. This happiness is what I now refer to as sound living. It has been a journey to finally live soundly. The reason why it is difficult for a music educator to find that true happiness is because we often end up having a conflicting relationship with our passion. We love music, but we hate that we have to validate our existence.

With over 20 years of music related experience, and 17 years as an instructor, Thurman Hollins has taught instrumental music at elementary, middle, high schools, and collegiate levels. Mr. Hollins not only served as the conductor for the symphonic, marching, and jazz ensembles but also taught courses in music education, history, technology, and applied euphonium. He has also served as guest clinician and adjudicator for many marching and concert band festivals throughout Southeastern U.S.