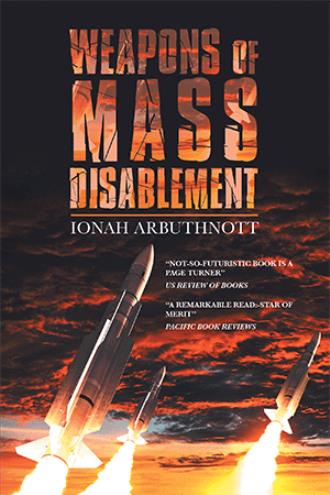 ‘Israel is in a tough neighbourhood.’ That is the wry saying of Israelis who live in this tiny strip of land in the Middle East, the nation state of the Jews but a true democracy with an independent judiciary and press freedom which allows religious freedom to all citizens—Jews, Christians, and Muslims, among others. It is a country which passionately desires peace with its neighbours and seeks to establish international trading and humanitarian and cultural ties, sharing the many advanced technologies it has developed in the fields of agriculture, science, IT, and medicine. Yet it is surrounded by countries ideologically driven and fanatically dedicated to its total destruction, especially the annihilation of the Jews. The country posing the greatest threat to Israel is Iran, which is establishing huge arsenals of guided missiles in Lebanon, Syria, and Gaza while arming and training huge proxy armies of known terrorist organisations, such as Hezbollah in Lebanon, Hamas in Gaza, and Islamic jihadists in Syria. Their plan is to attack Israel in a pincer movement with hundreds of thousands of guided missiles fired from Lebanon, Syria, and Gaza, inflicting death and destruction to such an extent that it severely weakens Israel’s powerful defence systems and allows a massive invasion of ground troops to conquer Israel and ethnically cleanse the country of its Jews and Christians. The Iranians and their proxy armies know that the missile strike is essential to winning this war because without it, Israel has the capacity to crush the ground troop invasion. This unfolding situation now poses imminent disaster for Israel if they cannot neutralise this threat of missile attack. But Israel has a secret weapon which can disable missiles, and it must do so without the knowledge of the enemy. The challenge now is how to deploy their new weapon without its detection and capture in enemy territory because the Iranians have been alerted to its possible existence and are doing everything possible to overcome this threat to their arsenal. The attack date is now brought forward to a matter of weeks away. Israel needs a miracle to win through before then. Then from an unlikely source comes a secret device which could protect the new weapon from detection, but it’s now a race against time to test it and still succeed at disabling the entire missile arsenal threatening Israel before the missiles are launched in the first phase of the Iranians’ attack plan. The unfolding drama plays out not just in the field of battle but also in a secret laboratory in an Australian outback town and in the boardrooms of the leaders and the chief military advisors of Iran, Israel, the United States, and Russia. Can Israel be saved from the imminent threat of total destruction from a determined and fanatical enemy?

Ionah is no stranger to war and the life of an exile. Born and brought up in Rhodesia, she lived through fifteen years, including seven years of married life on a farm, beset by civil war. Her husband was more out on bush patrol than he was at home, while Ionah, a dairy farm consultant, had to travel round the country with an Uzi gun by her side in case of ambush, and the windows of their farmhouse were covered with anti-grenade screens. At independence, in the new Zimbabwe, she gained a doctorate in animal science and joined the local university as a lecturer and researcher while assisting her husband in running their farm. But after a few years, Zimbabwe descended into chaos, and they were forced to leave their farm and country and move to New Zealand. Then they moved to Australia. They are now happily settled in the beautiful state of Tasmania. Ionah has always felt empathy for the Jewish people, who were forced into exile for two thousand years, suffering great persecution, the worst being the Holocaust in the Second World War. She understands how much it means to have their homeland, Israel, returned to them and why they fight so fiercely and effectively against constant attacks by hostile neighbours and terrorists. ‘I’ve met Israelis and worked on research projects with them, and I know how much they wish for peace with their neighbours,’ she says, ‘but it’s not reciprocated, and the threat of war always hangs over them. I found myself wondering, “What would it take to prevent war and ensure a lasting peace?”’ From that was born her idea for the novel Weapons of Mass Disablement. The politics of the Middle East are very complex but fascinating, and it took a great deal of research and reading to ensure the context of the plot was as authentic as possible. The weapons of disablement, while science fiction now, are based on technology that may well become reality in the not-too-distant future.