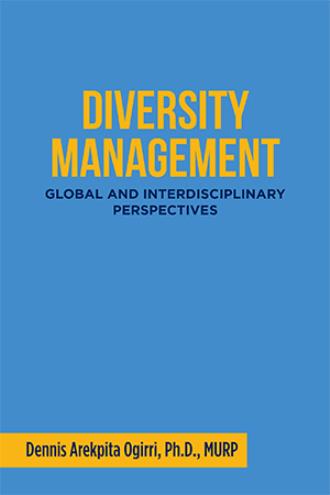 After his Secondary Modern School education, Dennis Arekpita Ogirri started his career as a Clerk in Design Group Company, a European Firm of Architects in Ibadan, Western Region of Nigeria (now Oyo State). He later obtained Secretarial qualifications from the Royal Society of Arts, London, and became a Typist, Stenographer, and Executive Secretary, respectively, in the Bendel State (now Edo State) of Nigeria Public Service. He was granted study leave by the Bendel State Government to study at the University of Ibadan after passing the Advanced Level General Certificate of Education (GCE) Examinations conducted by the West African Examinations Council and the University of London. In 1974, Ogirri earned a Bachelor of Science (Honors) degree in Political Science from the University of Ibadan. After his undergraduate education, the author was deployed by the Federal Government of Nigeria to teach at the Government Girls Secondary School in Gusau, Sokoto State, during his one-year National Youth Corps Service. On his return to the Bendel State Public Service after his Study Leave, he was promoted to the position of Administrative Officer. He later rose to the substantive rank of Undersecretary and functioned as a Deputy Permanent Secretary. He also served as a part-time Instructor at the Government Staff Training Center, and as an Examiner in the Ministry of Education, Benin City. The author later left Nigeria for graduate studies in the United States where he earned a Masters’ degree in Urban and Regional Planning from the Graduate School of Public and International Affairs (GSPIA), University of Pittsburgh. He subsequently earned a Ph.D. in Public Policy and Administration from West Virginia University. He later did Postgraduate Studies in Business Administration (Management) at the University of North Carolina at Charlotte under the auspices of Andrew W. Mellon Foundation Interdisciplinary Studies Award Program. Professor Ogirri was Certified as an Interdisciplinary Professor of Business, Political Science, and Public Administration, and as an expert in Urban and Regional Planning. After his completion of graduate studies, Professor Ogirri served in various faculty and administrative positions. He has served as a Full-time and Adjunct Professor at various Universities and Colleges in the United States and abroad since 1989. He was a Full-time Professor at Johnson C. Smith University, at North Carolina Central University, and at Strayer University, respectively. He also served as an Adjunct Professor at the University of North Carolina at Charlotte, Queens University of Charlotte, Shaw University, Strayer University, Montreat College, Limestone College, and at the Keller Graduate School of Management, DeVry University. He is currently an Adjunct Professor at Saint Leo University in Atlanta, Georgia. As a United States Fulbright Scholar, Professor Ogirri taught at the University of Benin and at Benson Idahosa University in Benin City, Nigeria, in 2003-2004 academic year. The administrative and other positions held by Professor Ogirri over the years include Program Director, Department Chair, Associate Dean, Member of Board of Trustees, and Member of Board of Directors. Professor Ogirri is a member of several professional organizations. He has served as a member of Editorial Boards and as a Reviewer for some Scholarly Journals and Textbook Publishers. His many Scholarly Publications and Presentations at professional conferences are in his interdisciplinary teaching areas. Some of Professor Ogirri’s publications are on such issues as resource utilization and management, the impact of state land reform policies on agricultural and socio-economic development, the role of multinational corporations in developing economies, international trade and globalization, human resource and diversity management, managing community and corporate social responsibility and social change, marketing well-being and elasticity of consumer retention, race and ethnic problems in the Third World, and competing conceptual models for teaching diversity management. Professor Ogirri has several National and Institutional Honors and Awards, including United States Fulbright Scholar Award, Bank of America Par Excellence Teaching Award, Andrew W. Mellon Foundation Interdisciplinary Studies Award, American Political Science Association’s Outstanding Teaching Award, Scholarly Achievement Award, Exemplary Leadership and Dedicated Service Award, Faculty Meritorious Service Awards, and Community Service Awards. He is in Who’s Who in America, and in Who’s Who Among America’s Teachers.