“The Lady from Philadelphia” 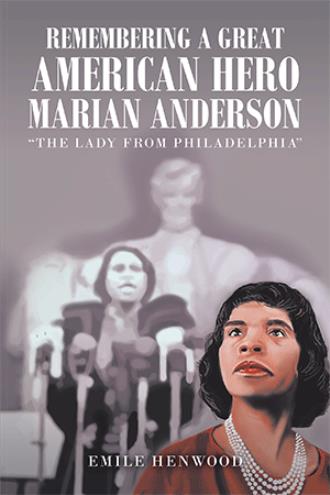 There is a massive amount of historical information available about Marian Anderson in over twenty biographies, her extensive personal papers at the University of Pennsylvania Library, the National Marian Anderson Historical Society's Residence Museum, various PBS documentaries, the Smithsonian Institute, the Internet and undocumented verbal stories that have circulated in her home town of Philadelphia for years. Researching her long 96-year life was an exciting privilege, but time-consuming. Those who may remember Marian Anderson as simply a "great singer," are probably missing 90% of what this trailblazing humanitarian's contribution to our society really accomplished. Readers of this condensed chronological compilation can now more quickly realize, and learn to appreciate, the teachable lessons of Marian Anderson’s well-lived long life---possibly in just one or two sittings, stimulating further future study of her from the above sources and the list of books included in the Appendix. At one time the press consistently covered Marian Anderson and she was written into history books, but that is no more. If students do not learn about her and people don’t talk about her, they forget. Through a series of events, in March of 2019, I discovered the National Marian Anderson Historic Society that is headquartered in the Anderson Family’s home, that is now an official historic residence museum, in my hometown of Philadelphia. It took me a few more visits to begin to absorb what is there. After each visit, I left with mixed feelings of awe, newfound respect, and embarrassment…. How could I, having lived in Philadelphia for so long---not far from the very home Marian Anderson purchased in 1924, now a museum---in a neighborhood I went through frequently, have absolutely no idea that I was passing in the vicinity of such greatness? After reading Marian Anderson’s autobiography, my hunger to know more lead me to discover over twenty other biographies from excellent books for school children up to several well-researched works by distinguished scholars. It is with the latter academic group that I have principally drawn on to compile and condense the information presented in this book, along with additional expert creditable eyewitness sources not previously publicly disclosed.

Emile Joseph “Joe” Henwood’s business career included the founding, development and successful sale of six diverse companies providing industrial equipment rebuilding services and sales, equipment leasing, property management, software development and fundraising services. He served in the U.S. Military as a Naval Aviator, Lieutenant, achieving Pilot In Command designations in several multi-engine anti-submarine warfare and transportation aircraft. Additionally, he was certified as a Cryptology / Top Secret Control Officer and programmer/analyst at the Naval Command Systems Support Activity in Washington, DC. Joe holds an FAA Commercial Pilot license with Single, Multi-engine and Instrument Ratings. While a member of his high school crew team, Joe rowed a single scull winning two high school national rowing championships, and as a member of Vesper Boat Club, he repeatedly earned seats on four United States’ National Rowing Team boats representing our country in Canada and Europe, winning two gold and two silver medals in international competition. The recipient of a full scholarship for rowing, he captained the crew team at St. Joseph’s University where he earned a B.S. in Marketing / Management and was inducted into the St. Joseph’s Sports Hall of Fame. Joe and his wife, Penny, are now “empty-nesters” with two grown sons and four grandchildren. They reside in Upper Providence Township, Delaware County, Pennsylvania where he served as Judge of Elections for 10 years.