The Theory of Material Mind 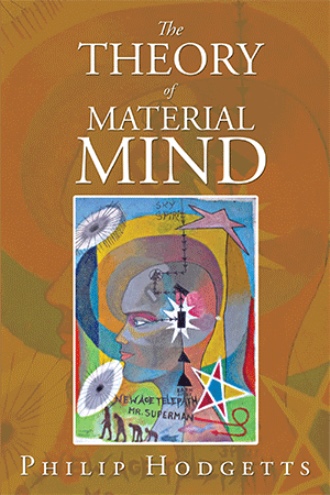 The theory is basically an analysis of the physical and metaphysical mechanisms involved in the generation of paranormal or, more scientifically expressed, parapsychological phenomena. It includes a logical and undeniable proof that there is truth in astrology as in all the divinatory arts to a greater or lesser degree. It also contains a proof of the existence of the soul or spirit and explains that the personal unconscious is motivated by a metaphysical intelligence, the generator of enthusiasm which I, along with the ancient Greeks, know as the god within, the mischievous root and origin of all parapsychological phenomena.

The theory also explains that all life, past or present, is joined by or immersed in a subtle fluid which I call psychoplasma. This is the medium of telepathy and much, if not all, other paranormal phenomena. “All life, past or present” implies that there is an afterlife, which I have found to be true. Psychoplasma is a mixture or compound of conscious, metaphysical “spirit” and physical bioplasma that is secreted in the cells of all living matter and is the reason for the theory’s title of “material mind.” My theory, which incorporates metaphysical entities, comes down strongly in support of intelligent design as a complement to natural selection—the two of them work together, ID providing the motive force for change and NS the template for design. Atheism is rejected as no longer tenable, though the existence of a supreme being is denied, for as well as the metaphysical god within, it would appear that there are indeed mysteries probably responsible for the origin of the universe, which science will never explain.

The theory is extremely subversive and strikes at the roots, though not invalidating, all of established science, including evolutionary theory and physics.

I started my working life in the electronics industry and trained in telecommunications, but switched to fine art a few years later, and am now a fully qualified practising visual artist. I studied art at Goldsmith’’s college school of art and was awarded an honours degree. I have always been interested in the paranormal and my belief in telepathy was confirmed at age 17 when I had a clear telepathic communication with my mother. I was also fascinated by the symbolism of astrology - magic- despite my technological background, and my theory contains a watertight logical proof that there is a measure, at least, of truth in astrology. In 1974 I left my job teaching art at Goldsmith’s to live in my studio and deal in antiques. It was at this point that I began to get my first low-level manifestations of paranormal activity. These took the form of clicking noises emanating from the furniture which could have been due to temperature changes, but which I rapidly concluded were psychokinetic in origin. During the next 30 years or so these minor manifestations grew into extremely dramatic and varied forms, and I began to take notes and think seriously about their origin. I gradually began to see connections and a distinct pattern emerged from which I developed my theory. The raw material of my theory, my own experiences, were utterly fantastic, and included visits from ancient greek philosophers and a seven million years old hominid, the discovery of, and visits to, the afterlife, contacts with long dead famous personages, the possibility of resurrection of the departed, teleportation, and travelling in time. My final discovery, the root and cause of the phenomena, was the ‘god within’, a powerful, purposive intelligence which animates the unconscious, and whose nature and function are to supply enthusiasm and feeling to the organism. The nature of the god within is essentially good though it can be very mischievous as is shown in the book. The existence of the god within was discovered, I believe, by the ancient Greeks and their word for it was ‘enthousiasme’ which means, of course, enthusiasm, the god’s chief characteristic. The word is derived from the ancient Greek, ‘en thous’, which means ‘to be possessed by a god’.