JUSTICE IN YOUR COURT

What would it look like? 50 real-life cases for you to decide 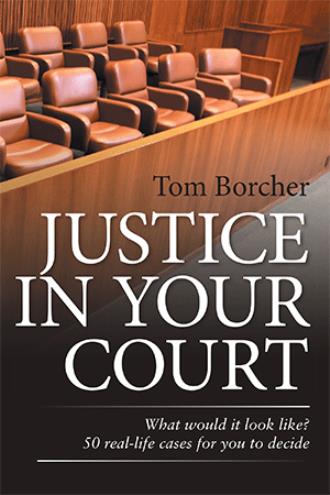 Florida v. Riley The Issue: Does warrantless police surveillance by flying over one’s private property violate the landowner’s reasonable expectation of privacy? This case brings to mind a passage from George Orwell’s book Nineteen Eighty-Four: “In the far distance, a helicopter skimmed down between roofs, hovered for an instant like a [hummingbird], and darted away again with a curving flight. It was the Police Patrol, snooping into people’s windows.” Michael Riley lived in a mobile home situated on five acres of rural land in Florida. He maintained a greenhouse behind his home. From the ground, the contents of Riley’s greenhouse were shielded from view by walls and trees on his property. Two of the greenhouse’s roof panels had been removed for repair. The two panels comprised about 10 percent of the roof. Riley’s property, including his mobile home and the greenhouse, was surrounded by a wire fence posted with a Do Not Enter sign. Despite the missing panels, there is no dispute that Riley intended and expected that his greenhouse would not be open to public inspection, and that he had taken affirmative precautions to protect against ground-level observation. The Pasco County Sheriff’s Office received an anonymous tip that Riley was growing marijuana on his property. The investigating officer tried to see into the greenhouse from the ground but could not. He then secured a helicopter and circled about four hundred feet above the greenhouse. The altitude from which the officer viewed the greenhouse was within the permissible air space for helicopters. From that vantage point, he could see with his naked eye through the open roof panels what he believed to be marijuana growing inside. Using this information to demonstrate probable cause that a crime was being committed, the investigating officer obtained a search warrant for Riley’s property. In a search of the greenhouse, officers found numerous marijuana plants. Riley was charged with possession of marijuana. Riley’s Motion to Suppress: Prior to the start of his trial, Riley requested that the court throw out the evidence discovered as a result of the helicopter surveillance. (Such a request is known as a “Motion to Suppress.”) The trial court granted his motion and held that viewing his property from the helicopter violated Riley’s reasonable expectation of privacy. The District Court of Appeal of Florida reversed the trial court and denied Riley’s motion to dismiss the evidence. The Supreme Court of Florida reinstated the trial court’s order to suppress the evidence, holding that the initial helicopter surveillance constituted a search for which a warrant was required under the Fourth Amendment. Therefore, the unconstitutional viewing from the helicopter could not be used as the basis for the subsequent search warrant. Under the “exclusionary rule” the evidence garnered from the search of the greenhouse was thrown out. The government appealed the evidentiary ruling to the US Supreme Court. The Applicable Law: The Fourth Amendment: The right of the people to be secure in their persons, houses, papers, and effects, against unreasonable searches and seizures, shall not be violated, and no Warrants shall issue, but upon probable cause, supported by Oath or affirmation, and particularly describing the place to be searched, and the persons or things to be seized. What’s your verdict? Does surveillance of the interior of a partially covered greenhouse in a residential backyard from the vantage point of a helicopter located four hundred feet above the greenhouse constitute a “search” for which a warrant is required under the Fourth Amendment? Stop here and decide the case before going further The Court’s Decision Held: The Supreme Court held that Riley had no reasonable expectation of privacy regarding the exposed marijuana plants because anyone could view Riley’s property from a helicopter flying in navigable airspace and determine what was inside the greenhouse. In its 5-to-4 decision, the United States Supreme Court based its finding that Riley did not have a reasonable expectation of privacy in the greenhouse’s contents on the fact that the police officer did not enter Riley’s land or interfere with it in any way, and the fact that the four-hundred-foot distance from ground to helicopter was not prohibited by FAA regulations. The majority said the helicopter surveillance was not a search as that term is used in the Fourth Amendment, and therefore a warrant was not required for the officer to have flown over and observed the greenhouse. “What a person knowingly exposes to the public, even in his own home or office, is not a subject of Fourth Amendment protection.” The majority stated that there was nothing in the record to suggest that helicopters flying at four hundred feet were sufficiently rare that Riley could have reasonably anticipated that his greenhouse would not be observed from that altitude. The dissenters, however, pointed out that there was no evidence in the record either way about whether such flights were or were not frequent. Thus, the state had not proven that Riley’s expectation of privacy was unreasonable. “The question before us must be not whether the police were where they had a right to be, but whether public observation of Riley’s [residential property] was so commonplace that Riley’s expectation of privacy in his backyard could not be considered reasonable.” The dissenters noted that even individuals who have taken effective precautions to ensure against ground-level observations cannot block off all conceivable aerial views of their outdoor patios and yards without entirely giving up their enjoyment of those areas. To require individuals to completely cover and enclose their property is to demand more than the “precautions customarily taken by those seeking privacy.” The minority suggested that the majority decision was driven by a distaste for the activity in which Riley was engaged. In that regard, the minority opinion quoted Justice Frankfurter, who noted that “[i]t is a fair summary of history to say that the safeguards of liberty have frequently been forged in controversies involving not very nice people.”

Please take your seat in the jury box. Justice in Your Court provides you the opportunity to decide fifty real court cases and then compare your “verdict” with the actual court ruling.

You decide if and when schools can host religious clubs, whether churchowned businesses can use “volunteers” to do the tasks paid employees also perform, if the police can view your property from a helicopter without a search warrant, what limitations the government can place on free speech, who was primarily negligent when a resident of a condominium building falls through the rooftop skylight, if a prisoner whose mental state is such that he can no longer remember the crime he committed should still be put to death, and many other controversial disputes.

Each of the fifty cases has an unexpected twist and provides the reader with both an entertaining and educational perspective of our judicial system.

For thirty-five years Tom Borcher argued his clients’ cases before juries in the courts of California and Georgia. He retired in 2014 and moved to Huntsville, Alabama. In Justice in Your Court, he translates the excitement and drama of the courtroom to the written page.

His live program, You Be the Judge, has entertained and educated audiences, including adult continuing education classes, high school students, church groups and even a yearly presentation at the George H. W. Bush Presidential Library in College Station, Texas. The live program follows the same format as the case studies included in Justice in Your Court.

He served on the Board of Directors of the Southern California affiliate of the American Civil Liberties Union for many years, and was the president of its Hollywood Chapter at one time. He was a member of the Bar of the Supreme Court of the United States.