Another Murder in Warrensburg 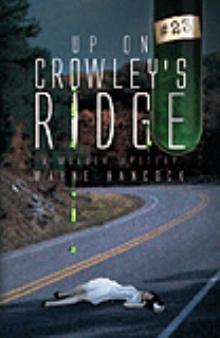 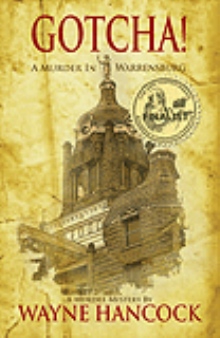 "The year is 1939 and the Great Depression still plagues the
small, Midwestern, college town of Warrensburg. A young coed’s
body is found in a lake, on the edge of town, by two young
lads fi shing for perch. Buck Pettit, Police Chief, is notifi ed, and
a search to fi nd the killer is launched. He gathers the same group
of friends together who had helped him find the killer of a school
teacher just three years before.
They are; Harry Foster - Johnson County Sheriff. Ann
Pettit - Buck’s beautiful, charming and intelligent wife.
Rudolph Eisenstein - an elderly, but brilliant, lawyer. Elizabeth
Breckenridge -a widow, Beth, as she is known to her friends, is
the principal stockholder and president of he Breckenridge State
Bank. Like Ann Pettit, Beth, as she is known by her friends, is
a very beautiful, intelligent and charming woman. She is also a
crack shot with the small .25 caliber hand-gun she carries in her
purse, as Buck fi nds out at a critical moment in the investigation.
The last two members of the investigation team are Irv Hodges
and Will Cox, two precocious 13 year old lads who became friends
when Will, or Bill as Irv was want to call him, moved to town
with his parents in the summer of 1938. Buck had picked Irv to
help because he had been instrumental in catching and convicting
the murderer of Margaret Wilson, just three years prior, and at the
insistence of Irv had allowed Will (Bill) to “come along.”
“Along Came Bill,” is a fast moving thriller that will keep you
wanting more. It is a sequel to “Gotcha!” and most of the same
characters help out in solving the murder of Shirley McBride."

A Navy veteran of WWII Hancock currently lives in Arkansas with his wife of 60 years. He spent 40 years with J.C. Penny Co. managing stores in Missouri and Arkansas, then spent the next 20 years operating a commercial real estate consulting firm out of his home. All his life he wanted to write novels so in January of 2005 he sat down at his computer and wrote Gotcha!, his first mystery story. He published it at age 80. It was a success, so it was quickly followed by The Unlikely Predator and 30 Days In May. Up On Crowley’s Ridge is his fourth exciting murder mystery.