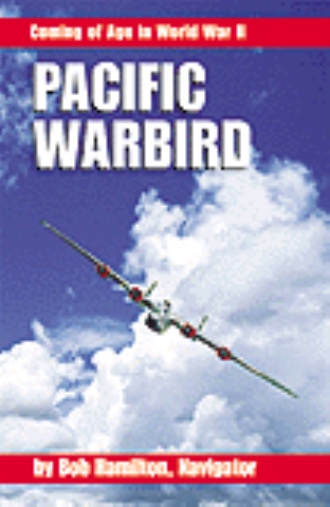 This book was written to tell a good story about one mans adventures overseas in World War II.  The author, a young navigator on a ten-man B-24 bomber crew, flew with the Thirteenth Air Force (the Jungle Air Force) in the southwest Pacific during most of 1945, the final year of World War II.  He flew twenty-four combat bombing missions against Japanese targets from New Guinea to Formosa (Taiwan) before we won the war.  This book is his memoir of that period.

This book was written to read like a novel, to enhance the story-telling aspect of the memoir.  The novelistic style is part of a fairly new genre called creative nonfiction or dramatic nonfiction, which adds interest to nonfiction accounts.  The dialogs, of course, were created by the author, since there were no tape recorders in 1945.  There are no fictional characters in this book.  All the names mentioned were real people, really present at that time.

It may read like a novel, but this book is not fiction.  It is solidly grounded in fact, based first of all on the memories of the author and other veterans of his bomber crew, or their squadron or bomb group, who have shared their memories with him.  It is also documented by official Air Force historical records, squadron histories written at the time and classified secret until 1983, when they were declassified.  The author made several trips to the Air Force Historical Research Agency at Maxwell Air Force Base, Montgomery, Alabama, and photocopied some 500 pages of relevant records from World War II. The story is further documented by the original letters written by the author to his family and friends, which are now in his files, and by photographs given him by members of his crew, many of which appear in the book.

Since the book was written for family readership, the author tried to clean up the language by eliminating most of the casual profanity which characterized military dialog. Some profanity was retained to emphasize moments of tension or high drama, where it was needed for realism.

The story begins with an exciting bombing raid over Borneo, and flashes back to the crew flying off to war from California to the South Pacific in March 1945. It ends with their return to California eight months later, after the war was won.  During the time overseas, the narrator, Bob Hamilton, copes with adventures in the air, in the jungle, in a life raft, and in the officers club. He wrestles with the morality of war, the grief of losing friends in combat, and the need to sort out his love for three girl friends. The chapter titles tempt readers throughout the story:

BOB HAMILTON attended Davidson College before joining the Army Air Corps in 1943. After the war, he flew the Pacific as airline navigator, earned degrees from University of California, taught history at three colleges, now lives with his wife, Jeanne, on the shore of a lake near Atlanta..