Being a Guide for New Car Buyers Owners & Drivers 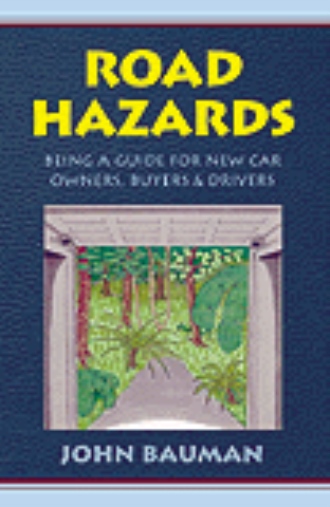 We'd just bought a station wagon. It was a beauty. We packed the kids in it and took off for my parents' house. It was a grey, rainy day, but the road, in this stretch, was straight and reasonably wide. I could see the truck in its great cloud of spray coming in the other lane, and quite far ahead. The kids were playing in the back as it got closer. When it was almost on us, a red Mustang suddenly materialized in the spray cloud. It headed straight at us, and fast. I now think, though I'm not sure, that the three of us, the truck, the Mustang and the station wagon must have adjusted somehow. There was no crash.

I drove on for about thirty seconds. I was cool and steady that whole time. The road was clear, but I lost control. I had to stop. My hands were too wet, my heart was bouncing. My body shaking. I looked at my wife. She was white, stiff.

For the first time in my life I realized how truly dangerous driving could be.

Since that adventure there have been many others on the roadways I travelled since retirement. All are far less frightening. And most of them stirred up some anger. The guy who backed into my little Austin-Healey. And the young woman (a Tonka) who never even looked at me as she made a left turn from the right lane next to me. There were more. I was beginning to consioder driving  a matter of personal combat. There were signs, my wife said. I had better do something. I didn't, but the idea in the "disclaimer" came to me. It has helped.

I believe I've adapted somewhat, and my blood pressure is staying down pretty well. It seems to be working for me. Try it.

And some of the remedies we've suggested are even sort of rewarding.