The Gift of Life

Diary of a Clairvoyant 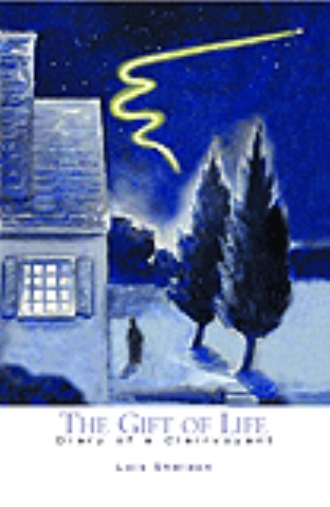 Reincarnation, or rebirth, a concept of Eastern religions is explored in THE GIFT OF LIFE through the author’s personal experiences. Lois Sheldon describes her gradual acceptance of her gifts as a medium and clairvoyant while a suburban mother of six. The retelling of her story takes the form of a letter to her grandson, William.

Sheldon believes her work as a past-life therapist has brought her closer to God. She sees her own past lives as a beautiful mosaic with a renewed sense of reverence and awe for what lies unseen in everyone’s lives. She believes that as past lives are revealed, we learn our karmic limitations in the present one and the challenges we face. This often involves our relationships with others, including our immediate family, as we are never very far away from members of our soul grouping.

Similar to Edgar Cayce, Sheldon receives visions of America’s future. She sees the coastline of California submerging as far as Oregon and the American continent splitting into two parts down the middle during a great flood. Sheldon believes, in her words, “this great nation is facing the same kind of awakening which I experienced – enlightenment and full realization of the power of God over this earthly creation we inhabit.”

She points out that the “UFOs” she has seen and describes in detail are also described in the Bible. In 2 Kings 2:11, it says, “behold, there appeared a chariot of fire, and horses of fire – and Elijah went up by a whirlwind into Heaven.” Ezekial 1:4 also states, “behold, a whirlwind came out of the north, a great cloud, and a fire infolding itself, and a brightness was about it…” Jesus himself ascended into a “cloud” and vanished, according to some of his disciples.

In THE GIFT OF LIFE, Sheldon reveals why the UFOs, or cosmic ships and boats, as she calls them, from other dimensions are so important for our survival at the present time. She implores us not to listen to all of the “astral gossip” prevalent today, as she predicts a wonderful era of peace, harmony and love following the difficult times immediately ahead. The author believes humans should be preparing for this cleansing by rejoicing.

Born in a small Louisiana town during the depression, Lois Sheldon studied journalism at Louisiana State University. She was the first female photographer on The Reveille, the award winning student newspaper, and went on to work as a reporter for two Baton Rouge dailies. In Houston, Texas, she worked as an editorial assistant for Houston Magazine and met her editor husband, Roger. They moved to the Washington, D.C. area in the 1950s and had six children. Sheldon was a Girl Scout Leader, taught Sunday school, and was active in the civil rights movement with the League of Women Voters. In 1967, she saw her first “flying saucer” when psychic gifts began to manifest. Since 1978, she has been a Minister and Channel for Healing.