''Where the Lion Sleeps Tonight''

by The Montana Farmer 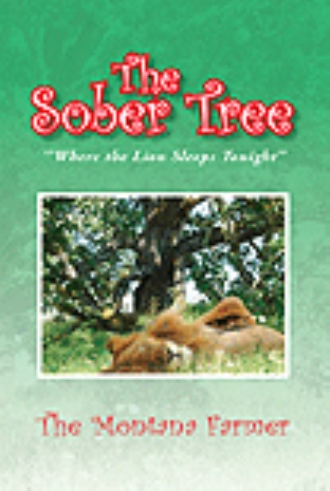 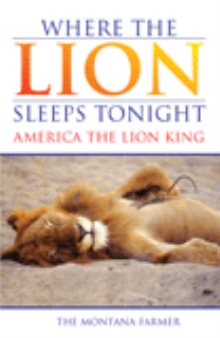 Where The Lion Sleeps Tonight
The Montana Farmer
£7.95 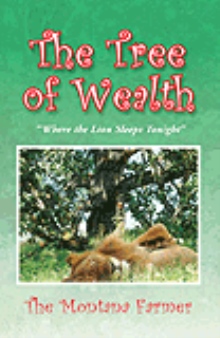 The Tree of Wealth
The Montana Farmer
£12.95

There is no stronger fiber in America’s liberty tree then “Financial Freedom.” It is woven in and out at every grain in the great old tree. It feeds the tree from its smallest vain in its lowest root, to the color, and beauty of its delicate foliage. It strengthens liberties great trunk, the mighty unseen roots, to its out stretching limbs. “Where the lion sleeps tonight.” There are no words, sounds that vibrate the ears or glimpses caught by the open eye, of purity found that basis or supports the American liberty tree more than “Candid political independence.” Every inbred, pulsing, beating, flowing vain, is vital in keeping the giant old tree, and it’s liberties alive, and well. America, a new nation, still influenced, driven by the evil in Washington needs all the honesty that only the honored tree can provide for its engrafted family of foliage. “Where the lion sleeps tonight.” “Labor!” Enhances and precedes capital, which in turn, is created from the free flow of labor. Free enterprise is as new as America’s liberty tree, and the strands of labor make their way from the expanding roots of the giant old liberty tree to the last detail of its extending intricate leaves. Labor is part of family design, as life, liberty, and the pursuit of value is part of America, essential for the American dream. A whole book could be written about labor, and family design. Remember, all capital had its beginning from labor. Though all may be destroyed, or enjoyed, labor will be found in every living fiber of the old liberty tree. “Where the lion sleeps tonight.” “The Sober Tree,” “where the lion sleeps tonight” is as open to attack as any of the grafted trees that make up the liberty tree. Soberness is so vulnerable because the world’s intoxicated are running rampant, aggressively out of control. Although the liberty tree is rotted to its core, from this exhilarating inebriation, its strength remains firm. The liberty tree gains its power from the four trees Abraham Lincoln embraced when talking about America’s “cause,” “the American dream.” America gains astronomic power from the old grafted trees that embrace one another, magnified by the alternative. The alternative to the grafted old trees is inebriation of the mind, managed unionized laziness, deceitful old national government politics, and financial captivity or legal plunder. Side note: The ignorance, arrogance, and lack of perception shown by the Speaker of America’s House, Nancy Polios, the last few weeks, especially the first week of April 2007, makes the lion’s blood boil. The lion may be sleeping, but the old mouse monitors the lion’s heart, with all indications saying it’s at boiling pressure. Don’t be so ignorant, arrogant, and naïve, with a lack of perception, to say you helped America, her cause, or her president. Remember: Nancy Polios, “the only reason,” you can pull an arrogant trick, by going into hostile, enemy, old countries, haters of America is because of the old lion, and “where the lion sleeps tonight.”