Between the Menorah and the Cross

Jesus, the Jews, and the Battle for the Early Church 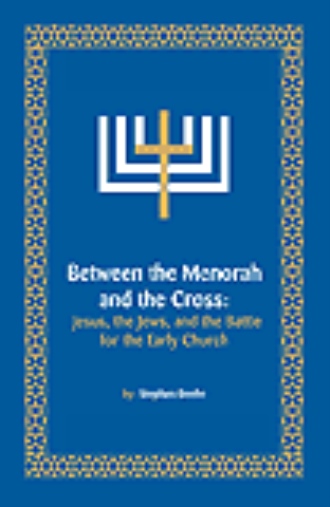 The Logic of the Apocalypse
Stephen Beebe
£15.95

In the first century of Christianity the church lived a precarious existence in Palestine. Externally it faced the oppression of Rome and the opposition of an orthodox Jewish majority. Internally the Gospel writers struggled to consolidate a congregation of Jewish converts with stubbornly ingrained Judaic traditions. By reading the Gospels with this historical perspective, we can see the day-to-day trials of the early church, and how the church fathers faced up to the challenges of traditions that contradicted the teachings of the new faith.

In comparison to the Jewish tradition into which Jesus was born, one of the most radical Christian teachings was associated with the nature of the human soul and its continuing existence after death. The Old Testament is not explicit about an afterlife, and a firm belief in an eternal soul did not form a part of traditional Judaism. When Jesus spoke of eternal life, this was a challenge to His audience, and even His own followers had difficulty assimilating this concept.

Another concept that was perhaps even more challenging for early Jewish Christians was the position of Jesus as One at the right hand of God, and a Spirit that existed from the very dawn of creation. To the Jews this teaching violated the sacrosanct principle of monotheism –a principle that was inherited from Abraham and that was at the very center of Jewish consciousness.

Between the Menorah and the Cross takes a fresh look at the differences between Christianity and Judaism, examining the teachings of Jesus that contrasted markedly with the orthodox Jewish view. Reflecting on this dimension offers a new perspective on the mission of Christ in the first century.

While we are familiar with the clashes between Jesus and the scribes and Pharisees, it seldom occurs to us that the issues at the center of those conflicts were also issues to be dealt with between the church fathers and their Jewish Christian congregations. For while the Jewish Christians had accepted Jesus as Messiah, other points of Christian doctrine were slow to be assimilated. Thus the church fathers struggled to deepen their congregations in the subtleties of the Message of Jesus. But more significant still is the fact that their experience colored the way that they wrote the Gospels, the vocabulary that they chose, and the nuances that they embedded in the text. In other words, the way we read the Gospels today is influenced by the experience of Christians in the first century! Only by reexamining their experience and their historical context can we really appreciate the message in the Gospels.

This chapter describes the author’s early sense of discomfort with Jesus and with Christianity in general. Rebelling against his traditional family religion, he ran the gauntlet from skeptic to atheist to scientific materialist. When finally he became a member of the Bahá´í Faith, he still had not reconciled with Christianity, much less did he feel at ease with the Jesus that he had known through Christianity. The author had to overcome that sense of discomfort by understanding better the milieu in which the Gospels were written, which in turn reveals the underlying intentions of the Gospel writers with regard to Jesus.

Chapter 2. From Abraham to Jesus: The building blocks of faith

Surveying the broad sweep of Judeo-Christian history from Abraham to Jesus, we find an evolution of concepts and a maturation of faith. Abraham was the source of monotheism, and monotheism in turn led to the law and ethics of Moses. What did Jesus contribute to this process? Until Jesus appeared, there was very little said in the Bible about life after death, nor about an immortal human soul. It was Jesus who introduced a firm concept of the eternal, indestructible human soul. This represented a milestone in hum

Stephen Beebe is a plant geneticist with a PhD degree from the University of Wisconsin living and working in Latin America for his entire professional career. His interest in religion derives from his participation in the Bahá’í Faith over a thirty-year period. He enjoys a cross-cultural family with his Colombian-born wife and their one son. He is also author of Between the Menorah and the Cross: Jesus, the Jews, and the Battle for the Early Church, a study that examines how the early church experience in the first century influenced church theology. This title is also available through Xlibris.