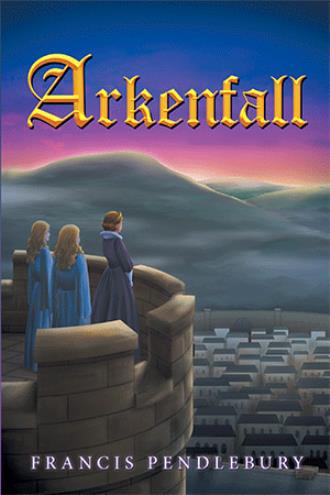 Charging down the valley after Laschald, Jargren’s steed was slow due to his weight, so he called over to Senn; “You go on and catch him up!” “I shall shield him if you can help him through the change.” The Astron shouted back, slowing his mount to keep pace with the larger horse and rider. “Aye,” shouted Jargren, grinning broadly, “if he needs any!” Senn spurred his horse into a full gallop to catch up with Brynn and the mounted warriors. Blowing horns as they headed round the infantry, the riders followed their set plan. Allowing Laschald and a dozen chosen men to attack the Succubus directly, the others broke into two wings that drove into the enemy all around it. Here they attacked the Grim soldiery in a pre-planned, non-lethal manner, preferring to club them, and using their horses close together, the refined attack swept the foul form of humanity away from the Succubus, swiftly robbing it of its fuel for increased power. Screeching its horrifying voice while glowing a deeper, more fiery orange inside, the monster swung it’s huge sword at a few hapless Grim warriors still within its reach. Two were cut down whilst the intimidating battle-witch sucked the living soul of a third, unhurt but knocked off its feet, draining it of life in a most sickening manner. Then she giggled and gurgled black blood horribly from between her teeth as she cherished the rush of this freshly harvested energy, giving Laschald’s charge some added spite just as he drove his short, thick, Blacksteel lance straight into the monster’s side. Screaming with pain as his weapon pierced the demon, Laschald’s right arm, collarbone, and several ribs snapped as he crashed into the mutant with complete impetuosity. Crushed against its spiked and ridged armour, several of these bones were broken in many places. The Succubus twisted on the thick shaft of the spear, screeching her death rattle, her skin turning blue, then green into grey, before the two of them finally became unlocked. At the moment of death, the final pulse of energy from the last few souls absorbed, gave the hateful creature enough will to drive a vicious spike on the pommel of its broadsword into Laschald’s helmet, tearing off his left ear and ripping a gouge right around the base of his head. He fell back in his saddle as the grotesque creature crashed to the ground. His horse simply bolted, rolling Laschald off its back. He fell badly, hands grasping at the gaping wound, face first as his head and neck were crushed beneath his own weight. Senn caught up just in time to witness the transformation of his youngest companion from Horkendore. The Astron warrior could only watch as a screaming roar of ferocious pain howled out of Laschald's mouth, his skin rippled and then burst into a forest of horns down from his head across his shoulders and upper back. His broken arm thickened into a mutated, bony club with a large curved spike or horn protruding from it. His left arm and hand thickened with armoured bone and sharp, powerful claws. He also grew to about eight feet tall, his upper chest and back covered in small spikes, with horns protruding from his joints. All of this took several moments, during which time the Grim close by surged forward in an attempt to kill him during his mutation. Then just as Jargren arrived to aid Senn-Astron, a powerful blast of purple light exploded, sending a strong concussive wave through the midst of the enemy. Scores of them fell, broken.

An empress rules her fading empire with no heir to inherit the throne. An ancient malice lusts for her and fast approaches, with armies potent with demonic menace. A king’s champion is sent with his unique band to aid in the defense against the twisted and foul crafts of necromantic warlocks. There is an inevitable and inescapable bonding of blood in the midst of a war for an empire. Unyielding sacrifice, forfeit, and submission to carnal impulse become the unexpected answers necessary to foil their archaic enemy’s revolting cravings. Arkenfall is the first book in the Conquest of Arkendore series.

Born in 1967, Francis Pendlebury was raised in the heart of Sherwood Forest, near Mansfield, Nottinghamshire. He now lives with his family in Cheshire, where he enjoys walking his dogs, archery, reading and music. Arkenfall is his first published book.