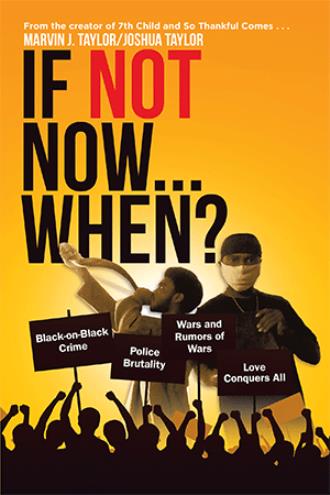 Here’s a play on words To some of the ladies I like Those who graced my television And whose beauty blessed my sight Halle, I could make you berry happy With constant love and peace We could sail the Pacific Ocean Or have lunch in Greece Nia, how I long for you Sometimes forever in a day We could have endless conversations But your beauty leaves me nothing to say Vivica, I would treasure you For you are truly a fox I would surprise you often By thinking outside the box From “Letter to My Ladies” My words are unlimited cause there’s much to say I could rhyme for hours or even all day But no need for that, this is just a preview Before I get big, wanted to see you To show who I am and what I’m all about To do it up live so you won’t pout “No need to worry, prince has arrived He’s back with his story and he’s doing it live” From “P.O.P.” All beautiful colors from the melanin in you You stand out among people with your magnificent hue From the beginning you were created out of the ground If I’m correct, that’s either black or brown Never let this evil world define who you are There’s no one like us, whether near or far Since Christ shared the same dark brown skin Always cherish the skin you’re in From “Melanin Man” The black woman was the first Cream of the crop, salt of the earth Advertising the fashion of her culture Dazzling the planet with her worth Dark skin was perceived as supreme Her brown skin complimented her attire She reverenced the black man as her king Although all men dreamed for her desire She used her tongue in charity Speaking peacefully in greetings Anyone would delight to be in her presence! What an encounter to be in her meeting! If she had a quarrel with her sisters She could talk it out through confession Taking off earrings and eyelashes Was a last resort of self-protection From “A Bad Bish” Peddling your drugs on a daily basis Having no guilt while living fast Taking trips to the Caribbean While flying first class It never occurs to you You’re killing your people slowly No time to contemplate changing For “that’s only for the lowly!” Some lovely ladies wave you down So you stop to see what they’re about Not knowing you’ve been set up As the gun shots ring out From “Gangsta, Gangsta” Shocking the world with his arrival On the dreadful day? He is the life, he is the truth And he is the way Son of God, in human flesh For a second chapter Not to bring peace But rather pain and disaster Showing mankind, a side They have never seen Mary’s little lamb has become The Lion King! From “Christ is Crisis!” With black on black crime all around This topic is alarming to me The killing and shooting of each other Was not how it used to be It’s bad enough others are destroying us Like they really needed some help With the killing of a brother or sister You’re slowly killing yourself And that is detrimental to my health No alarms are raised when we do it Because we were taught to hate our own The days of loving and caring for each other Seems almost long gone I, for one, love my people No matter poor or tremendous wealth But the destruction of my own by my own Is extremely detrimental to my health From “Detrimental to My Health” You really did miss out That’s if you didn’t know em His full potential I’ll express Briefly throughout this poem Producing various types of genres A lifestyle he could somehow balance How could God fit into one man So much creative talent? He spent 57 years on this planet Entertaining like no other See Michael Jackson was my favorite But Prince was one talented brother From “Mr. Nelson” Police brutality is at an all-time high against blacks As my mind races back and forth We tend to equate racism to the south of Jim Crow days Even though the Klan was started up north To actually have to say “Black Lives Matter” Must mean, to some, they don’t at all While the poor and neglected suffer Rich bureaucrats are having a ball But as God looks down on us, how do you think this makes him feel? I know this makes him mad The president criticizes women, minorities, Muslims and is praised While a football player is criticized for not honoring the flag Oppression continues to raise its head But the perpetrators never think God When the wrath of destruction hits Don’t think it’s unusual or odd From “A Tear from God” Neighborhoods historically terrorized By the white Ku Klux Klan Are now typically petrified But a black or brown young man A black mother lost her child So now she clinches her purse When around the men of her community She expects the very worse Dressed with sagging pants And throwing up gang signs No more black revolution Only brainwashed minds From “Monsters” Mike Vick went to jail for dogfighting And he was treated like a killer Ben Roethlisberger committed sexual assault twice But still plays for the Steelers From “White Privilege” I mean, what have we seen in these last days? The mass destruction of man China is stricken with coronavirus But Drake didn’t mention that in “God’s plan” Asia losing her children? 2nd Esdras 15 46th verse Inside the holy apocrypha Predicting conditions that will get worse From “The Master of Disaster” This 7th child is So Thankful For now and where I’ve been That’s why the title of this new book is If Not Now . . . When? Strike a match quickly Sit back and watch the flame Smoke signals becoming letters That spell out my name Kingpen From “Spotlight”

A Message to Our Audience: Marvin J. Taylor Thank you to readers who have followed me along the way and also witnessed the birth of a new poet, my son Joshua Taylor. Lastly and most important, to my heavenly father who has sustained me with love and perseverance. Thanks also for giving me a voice to speak and knowledge to understand, Amen. Joshua Taylor To all our readers and listeners, I hope that you sincerely enjoy this book as we put our ink to the page to bring you delight. Our mission was to entertain as well as inform you about the current world we live in. We want to leave you with lessons, not just rhymes in your head. It’s always about learning and obtaining growth. Since this is my first official poetry book, I just wanted to explain furthermore how much I really enjoyed writing my poems. After examining the news and the environment we live in, I felt it was my duty to leave something behind to the world. I have to contribute in some way to put my brick in. With all the wrong things I see in my vicinity, I can’t help but to be motivated to speak out. And what better way to do that, then with the fun rhythm of poetry? I hope to have inspired you to create a righteous change as I was inspired to do the same. My dad and I both felt the need to address many current topics in this written work. Providing truth in a world of lies so that you can see 20/20 in 2020, cause If Not Now . . . When?