The New Testament Examined by the Rules of Evidence 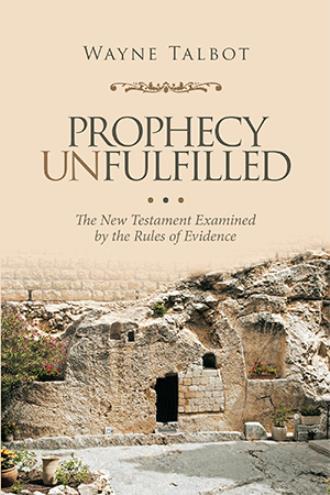 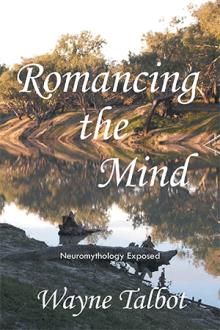 Prophecy Unfulfilled represents a continuation of the author’s quest for the truth of God, by firstly uncovering the untruths that he had been taught during his formative years as a Catholic. Earlier works focused on the claimed new (replacement) covenant, the rejection of the Sabbath, and the rejection of Torah. Using the rules of evidence as in a court of law, this study seeks to evaluate the claimed messianic prophecy fulfillment by Jesus, some two thousand years ago. The first part of the book discusses the nature of evidence and how the rules regarding written evidence vary significantly from those of oral evidence, the latter being used most often by biblical scholars and Christian apologists. The first step is to authenticate the extant documents by examining the chain of custody and, thus, establish authority. Next is to authenticate the attributed authorship of the writings, to determine whether the authors were firsthand witnesses of the events they described, or whether their narratives are hearsay, with or without corroboration. Where little verbal agreement is found, this is circumstantial evidence of separate traditions developing the resultant theology. The study proceeds by examining every verse in the NKJV (New King James Version) of the New Testament that is annotated as being in fulfillment of prophecy, comparing the wording against both the NKJV Old Testament and an English translation of the Hebrew scriptures. Where significant variations exist, the author seeks an understanding from New Testament scholars, whom he frequently quotes. The eschatological temper of the early church is given due consideration, especially concerning the expectations of the Jews regarding the mission of the Messiah. Finally, the accomplishments of Jesus, as enshrined in Christian creeds, is compared with what is spoken of by the prophets. The author’s conclusion is encapsulated in the book’s title.

The author, Wayne Talbot, was once a Christian, but continually struggled with what it was that he should believe. Not quite sure, he went back to a beginning, questioning whether in truth, the existence of God was believable. He concluded for God, publishing his reasoning in his first book, “If Not God What?”. Raised in the Catholic faith, but finding some doctrines having no basis in the bible, his studies directed him away from Catholicism to non-denomination Protestantism; from there to Evangelical Christianity; from there to Messianic Judaism; and from there to where he is today - a theist believing in the God of the Hebrew Scriptures, but aligned with no identified religion. His quest for an understanding of God has him studying the ancient texts of Scripture, guided by the published works of numerous Old and New Testament scholars – Jewish, Christian, and secular. Focusing on specific issues has allowed him to see through the fog of doctrine, dogma, and theology, and reach conclusions which he has published in numerous studies, this analysis of prophecy fulfillment being his thirteenth. His journey continues, one that he believes he will never finish, for on many issues, he has only managed to uncover untruth. Though a late starter in the literary field, Wayne Talbot has published a novel, Finding the Shepherd, a pseudo-biographical account which alludes to his own theological wanderings against a background of places he has been, but entirely fictional people and events. He has published a refutation of Richard Dawkins’ Greatest Show on Earth, entitled The Dawkins Deficiency, and an entirely original treatise, Information, Knowledge, Evolution, and Self, which contends that the posited mechanisms of evolution are insufficient to account for the cognitive information and knowledge in humans.