A Prophet who loved Her 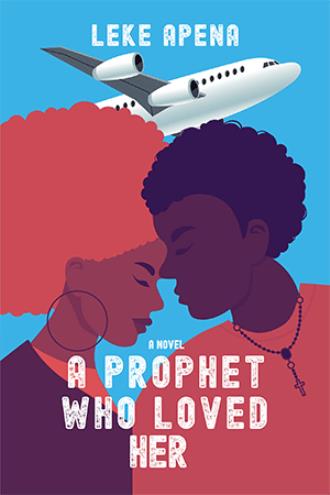 Prologue June 1990 After everything they had been through together, after the promises he had made to her, Elijah could not believe what he was about to do to the woman he loved. He’d had a choice to make, and the decision he had come to still took him by surprise. He was going to break up with Esther Nubari. For good. If not for the drawn-out war between his heart and his head, fighting like two warriors in the arena of his conscience, he would have broken up with Esther three weeks ago. Instead, he had left the decision until today. The day they were due to fly to Chicago. Terminal five was teeming with activity. Elijah sat on a metal waiting chair. Around him, holidaymakers were dragging their suitcases, clutching the handles tight as if their whole lives were inside. Many of them wore sunglasses, Hawaiian shirts and denim shorts, ready for their summer breaks. Some of them had brought their energetic offspring, who were running around the terminal’s wide-open space, all smiles and eyes bright with innocent happiness. With a sense of longing, Elijah watched these children in their carefree bubble. How easy life is when you’re so young. At twenty-two, he could feel adulthood standing in front of him like a looming giant, intimidating in its size and significance. Sighing to himself, Elijah buried his head in his hands. Even now, he was thinking about the last time he had made love to Esther. He recalled, with a pained smile, how he had lain on top of her that night, gliding in and out of her, deriving pleasure as well giving it. For an hour, maybe longer, his soul, his mind, had concentrated only on the warmth of her rich, caramel-coloured body. That would be the last time he would enter her, and the thought made his diaphragm clench. Up until three weeks ago, Elijah would never have comprehended what he was about to do. His relationship with Esther had made sense. He would graduate from university and begin a new life with her, a beautiful girl he knew he loved, who had survived Brixton with him. She had big dreams to sing in front of millions, like Whitney Houston. And he would be by her side as they conquered the world together. That is what he had promised her. But promises can sometimes be like writing on the pavement in chalk, eventually the rain comes and washes the words away. His guilt was taking pleasure in tormenting him. The memory of what he had said to Esther when they sat beside the pool in Brockwell Lido, covered by a ghostly fog, engulfed his mind. Even as he shut his eyes, he could not rid himself of the memory, or erase the words he had said or extinguish the false hope he had allowed to grow and burn within her. But what had changed his mind? It was his father. As much as Elijah loved Esther, he could not ignore what his father had said. He now had a great purpose, a calling from God. And it was a calling bigger than his love for Esther. A beeping noise came from Elijah’s Motorola pager, and he pulled it out from the right pocket of his jeans. Esther had paged him. Look up potato head. I can see you Elijah looked up. Esther was standing some feet away from him, glorious in all her curvaceous Nigerian beauty with her dangling gold hoop earrings and her curly afro, big and bold like her personality. Elijah moaned quietly to himself. Why does she have to look so damn fit today? Esther sauntered towards him, dragging her suitcase behind her. Elijah had to summon all his discipline not to let her hips sway the decision he had made. Esther came to a halt in front of him, and he caught a whiff of the coconut oil she always used to nourish her voluminous hair. Would this be the last time he would breathe that familiar scent? “I’m impressed babe; you got here before me. You’re the only Nigerian who comes on time in the whole of south London, you know that?” Esther said. Her playful tone made Elijah’s chest contract in pain. After a quick embrace, she stepped back and studied him with her eyebrows raised. “Where’s your suitcase? Have you checked in already?” Elijah took a deep breath. There was no going back on his choice now. “Esther, I'm so sorry,” Elijah said, his voice on the brink of shattering into a million fragments, like a glass balancing on the edge of a sink. “I can’t come with you to Chicago anymore … I’m going to be a pastor.”

She chose her heart. He chose the church

Fate reunited them. Can love save them?

Esther, a bisexual Nigerian girl with a beautiful voice and a rebellious spirit, and Elijah, the proud Yoruba son of a pastor, fall in love while growing up in Brixton during the 80s.

In 1990, Elijah unexpectedly ends their relationship.
Heartbroken, Esther travels to Chicago to pursue her music career.

Esther, now a retired R'N'B singer, returns to Brixton. She is searching for her abusive father, who has fled Nigeria under mysterious circumstances.

By chance, she reunites with Elijah. He is now a husband, a successful finance director and leader of his late father's church. Yet he is struggling to eradicate the homophobia in his ministry while his wife's depression suffocates their marriage.

Rekindling their friendship, Esther and Elijah travel across London to unravel the tragedy behind Esther's father's disappearance. Gradually, their romantic feelings for one another resurface and they begin an emotional and sexual affair, forcing them both to make a difficult choice...

Partly set in South London during the 1980s and interwoven with key events that shaped Black British history during that period, A Prophet who loved Her is an
entertaining, emotional and thought-provoking tale of love, identity, racism and religion.