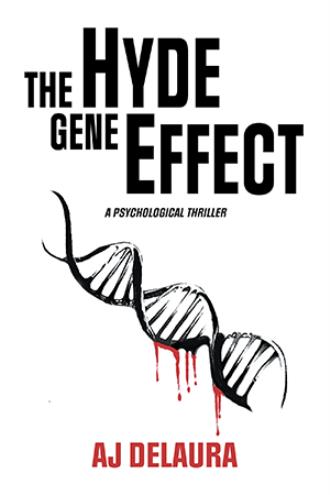 Senator Bingham, Committee chairperson, speaking at a Senate Arms Committee Closed Hearing, “Professor Sturnmen you have been asked here today in this closed session of the Senate Arms Committee to educate this committee’s members on your DARPA approved project. Several of our members have an issue with the nature of your research. Personally, as a former active military officer, I see the advantage of your project’s objectives. I am further aware that both China and Russia and others have been experimenting in this field. It is my belief, that the United States must be first to acquire this technology. However, I also understand the controversial nature of your research’s focus. For the sake of our lesser informed members, your contributions to our committee’s overall understanding of your project’s purpose would, in my opinion, be helpful. Each committee member will have twenty minutes to ask their questions. Let’s begin. The Chair recognizes the Honorable Senator from Texas, Senator Aichinn.” “Thank you, Mr. Chairman. Welcome Professor Sturnmen. Thank you for agreeing to speak to us today. I have what I believe to be, a basic knowledge of the purpose and nature of your research. I fully support what you and your group are trying to do for our military and our nation’s security. Your research is vital to the success of our men and women in the field. The technology you are attempting to acquire will make our military even stronger then it is today. I, however, appreciate that our committee members on the left have some apprehension with its overall nature. Sometimes, the experimental envelope must be expanded if we are to prevail in any future conflict with adversaries. Where would we be if we had not led the science of nuclear weaponry in World War II? Would you share with us an overview of your project’s purpose?” “Thank you, Mr. Chairman, and committee members. I appreciate and welcome the opportunity to share with the Committee what are research is about. Let me begin by telling you what it is not. We are not trying to clone humans to become military soldiers. We are not trying to make soldiers into killing machine robots. What we are attempting to do is to discover an explanation for human aggressiveness at a genetic level. Humans have survived over millennia not because we were stronger, or faster, not because we could out fly or out swim our prey. Heretofore, it was believed that humankind survived because we had a superior brain. And indeed, our ability to out-think our prey contributed in a major way. It is my belief, and the belief of many in my field, that a specific genetic mutation in the human genome was the determining factor which aided in the survival of our species. That mutation resulted in an aggressive stance that gave the critical advantage for a thinking specie’s survival.” “Why would aggressiveness be critical to survival?” the senator from Texas asked. “The logical decision for a thinking being is to run from a saber tooth tiger, or a charging mastodon. But our prehistoric ancestors did not always run. They attacked, they charged, they fought and they won their future,” Professor Sturnmen stated. “So, what you’re saying is without this aggressive tendency we may not have survived. Is that right?” Senator Aichinn asked. “That is correct, senator.” “But professor, we are no longer confronted by saber tooth tigers or charging mastodons.” Professor Sturnmen responded, “No we are not, and as a result, many in my community believe that this mutated gene responsible for human aggressiveness transmuted to a recessive state. In other words, the gene is resident in the human genome, but silent. On occasion this gene becomes active for some unknown reason. My research team is attempting to discover the trigger, if you will, which energizes the gene. If we are successful, we hope to be able to activate and deactivate it at will. This would allow us to strengthen our troops going into battle and make them a more potent fighting machine. The Chinese refer to this gene as the warrior gene. My team likes to refer to it as, the Hyde Gene Effect.” 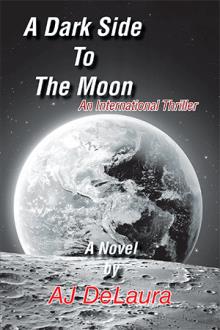 Tom Waller knows danger. As a highly trained agent for Tailfeather, the Nation’s most secret security organization, he has faced numerous perils throughout his service. This time, however, a seemingly innocent favor for Esme Barrows, his fiancé, may be his most explosive mission. Anton Kaszor, one of the world’s most brilliant and richest men and both a client and former lover of Esme, needs this favor. A favor which exposes Tom to unanticipated consequences.

Meanwhile, John W. Bingham, senior senator from the State of Delaware and popular chairmen of the United States Senate Arms Committee is about to announce his presidential candidacy for the Republican Party at a national event. Suddenly, the senator mysteriously disappears from the campaign hall and Anton, his closest friend and biggest collaborator, may be involved. Tom gets drawn into the vortex of Anton’s psychological maelstrom as the past envelops the present and threatens the lives of everyone important to him.

A. J. DeLaura grew up in Southeastern Connecticut where he currently resides with his wife. Most of his working career was involved in developing and delivering management training programs to supervisory personnel throughout the Southeastern Connecticut area. In the early 2000’s he founded his own training consulting firm, with clients from Southern New England to the Mid-Atlantic region. Recognized as an entertaining storyteller, he decided to put his skills to paper and has created numerous adult and children stories. This is his first novel.