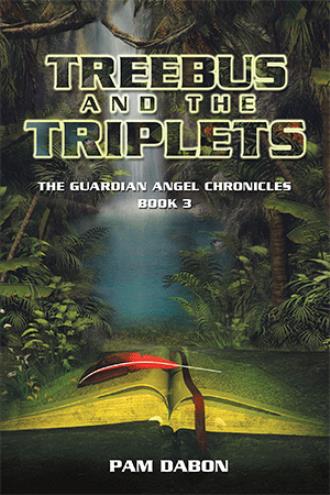 "This is the beginning of your story, Gracie. I want to teach you all about creation, and more importantly, why you were created and have come to me at this special time in your life. You are destined for great things. Father sent me here to teach you in the days to come, to lead you down the lighted path he's put you on. Since this is your first visit with me, I wanted you to understand how important it is for you to know that Father watches out for all his creation, every day and night. He never sleeps. He watches over everything, from the smallest insect to the welfare of man. He keeps the oceans and rivers moving to keep them cleansed. He commands the sun to shine and the stars and moon to light up the darkness. He causes the seeds to grow and the sky to turn from a beautiful blue, to a cloud-filled sky that rains and waters the Earth and the seeds. He's in control of everything. You'll visit again, and I'll teach you more wonders of God's creations, the creations that no man can ever change or destroy, as they were written by his own hand." I sat there quietly as Treebus finished speaking. "What are you?" I blurted out. He bent down again, so far that he was practically eye-level with me. "I'm an earth angel, a guardian of the forest and all that grows, sent here by Father to protect the Earth and to teach you many things." His bright green eyes lit up and twinkled as he smiled at me. He reached out and took my hand in his, then led me back toward the lighted entrance where we'd first entered the hidden garden. I remember taking Treebus' hand as he led me back to the lighted doorway, the earth pulsing under my feet as we walked along. The tiny angel lights danced around us, close enough for me to feel their feathery light touch on my face, like delicate kisses on my skin. We came to the arch where Treebus had taken down the lantern to light our way through the garden. He removed the lantern from his staff and returned it to its original place on the arch, its light shining on the stone steps as we made our way down to the doorway leading back into the forest. He stopped where we'd first come in and released my hand. He stretched his staff toward what looked like a giant tree trunk blocking our path. The bark separated in loud creaking and crunching sounds as it stretched open, creating a doorway back to the forest. He gave me a flourishing bow as I walked through the opening and said, "Until we meet again, Little One." In a whirlwind of colorful leaves, Treebus and the door disappeared. 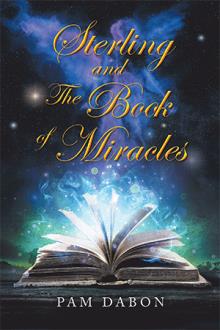 Sterling and The Book of Miracles
Pam Dabon
£12.95 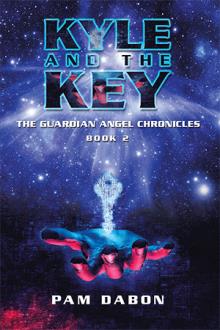 While visiting the forest, Gracie meets Treebus, guardian of the forest. He’s an Earth angel who dwells in a hidden garden and walks the earth, continually protecting it. The youngest of triplets, she develops a close relationship with Treebus as he teaches her about the miracles of Earth’s creation and continued existence. A dark angel—appropriately named Darkness—uses his deceitful wiles to convince a large part of humankind that the planet will soon be destroyed by their own negligence. Gracie and Treebus form an alliance to defeat Darkness and convince humankind that Earth is not doomed.

Pam Dabon is a retired loan officer living in California’s Central Valley. She raised two boys that love the Lord and spends every morning in prayer encouraging her to face each day with a smile! She enjoys spending her time with family and going to the beach. She focuses on guiding and teaching the youth how precious and loved they are by their Father in heaven and reminding them ALL they have a God-given purpose.