The Making of a Distinctive Church College 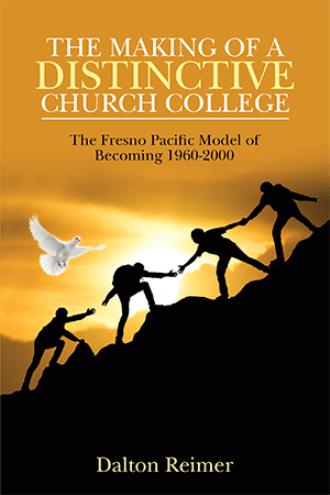 Preface Rooted in a church; centered in an Idea. That, in brief, is Fresno Pacific University. However rooted, distinctive institutions are centered. The authors of Creating Distinctiveness: Lessons from Uncommon Colleges and Universities (1992), observe: “Distinctive colleges and universities share certain characteristics: a unifying theme or vision of what education should be, the expression of this theme or vision in all or most institutional activities, and the striving for excellence to achieve their purpose.” In a mid-twentieth-century critique, however, Warren Bryan Martin, distinguished American educational leader of the time, noted: “There are not many colleges in America, and almost no state universities, characterized by values so distinctive as to really shape the place.” Fresno Pacific, nevertheless, has attempted to be such a place. But has it succeeded? Early external testimony suggested that to begin with, at least, it had. An early regional accreditation team (1973) bore witness. Chaired by John Cantelon, then Vice President of Undergraduate Studies at the University of Southern California, the team noted that “the ideals of the Mennonite Brethren, [the sponsoring church], are alive and well at Pacific.” Moreover, they concluded, “the Pacific Ideal is something of unique value which should be preserved and nourished in the American educational scene.” As one person in the story of Fresno Pacific, I, too, was rooted in the founding and sponsoring church, while also contributing to the centered Idea and its realization. I joined the faculty in 1960, the year the institution was reborn as Pacific College. When I came, Pacific was transitioning from a Bible institute, established in 1944, to a church-related, liberal arts junior college. By 1965 it had become a fully accredited senior liberal arts college, and by 1975 a graduate level institution. Enrollment has grown from twenty-eight students in 1944 to more than 4,000 today. Since 1960, I have had the unique privilege of being a participant observer of this development, serving the institution in various faculty and administrative roles until retiring from fulltime involvement in 2002, but continuing part-time teaching until 2014. While fresh out of graduate school in 1960 as a young twenty-three-year-old faculty member in a fledgling institution, I could not have imagined that Pacific would become what it is today, or that I would still be a part of it, now as professor emeritus. I came, in part, to fulfill my draft obligation as a conscientious objector inasmuch as the institution had been qualified as a site where the required service could be rendered. I also came, in part, out of loyalty to the sponsoring church in which I had grown up. My uncle, furthermore, had just been appointed as president, and was beginning to recruit a new faculty appropriate for a liberal arts college. I seemed to be a likely candidate given that I was completing my master’s degree at the time. Pacific was founded by the Pacific District of a small church denomination called Mennonite Brethren. During the latter years of the 19th century, German speaking Mennonites emigrated from South Russia, now Ukraine, to escape the Czar’s efforts at Russification of minority communities in the country, including abrogation of previously guaranteed special rights. These immigrants first settled in the Midwest of the United States. Some, however, soon found their way to the West. A strong concentration, though still relatively small, developed in central California. Though primarily farmers, education was a strong value of these immigrants. In 1908 they established Tabor College in central Kansas, which continues as a liberal arts college until today. Those moving west, however, wanted their own school. This led in 1944 to the establishment of Pacific Bible Institute in Fresno, the primary urban community in California’s central valley, where many had settled. Pacific College, Fresno Pacific College, and finally Fresno Pacific University, followed. This work is not a formal history. Rather, it is a collection of my writings over the years that reveal the heart and soul of the institution as it has developed. Given the nature of such a collection, inevitable repetitions occur, particularly in reference to examples and details. Where repeated, they are generally illustrative of a new theme. Together they provide a picture of the formative years of a distinctive church related institution of higher education in California’s great central valley. Inasmuch as this work is a collection of what I have written over time, chapters need not be read in sequence, depending on the reader’s interest. The two chapters in Part I, however, provide a useful, beginning orientation. 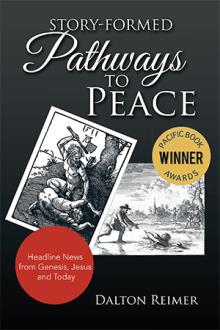 The Making of a Distinctive Church College is a collection of essays that reveal the heart and soul of an institution of higher education in the making. The author, Dalton Reimer, has been a major contributor to this making as a participant-observer from its beginning in 1960 as a church-related liberal arts college, now university. Toward the beginning he contributed to the formation of The Fresno Pacific Idea, which has been the unique, central guide in the development of the institution. The story of the heart and soul of this making is told, beginning with a small faculty and administrative group of mostly recent college and university graduates during the challenging 1960s.