My Life and Times 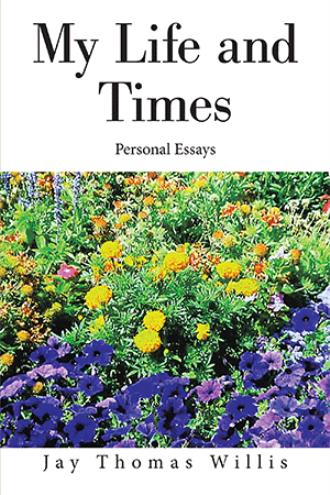 1000 Word Excerpt The first time I noticed Dora was when I was in eighth grade. It was a clear-warm day in March. We lived in East Texas. It was a small Black school of approximately five-hundred students. I’m not sure why I hadn’t noticed her before. I probably hadn’t seen her because elementary and junior high took lunch hour at different times. The elementary, junior, and high school were all in the same location. She was walking on the walkway of the building in the elementary section of the school. I was standing there on the sidewalk wasting time as usual. I spent a lot of time out of class doing absolutely nothing. Sometimes I would run errands for the teacher or just go to the bathroom and stay half the day. We weren’t doing anything in class either. From that point on until we broke up, I couldn’t think of anything but Dora. She was stepping like a prized show pony, with a swivel in her hips, big breasts, legs, and thighs. She had a waist like a wasp and an ass like a horse. She also had light skin, a pretty face, and long black hair. She was about five-two at one-hundred pounds. I was only five-four at one-hundred-ten pounds with caramel skin. I was taken by her. I figured I had to somehow get to know her. She was only in sixth grade. I don’t remember exactly how, but I soon met her and started talking to her. I’m not sure how it happened because I was shy and scared to death to talk to her. I would walk her to her bus and talk to her at sporting events. I had a problem communicating with her because of my stuttering, but that didn’t keep me from approaching and wanting her. My stuttering caused me to be shy and slow to approach girls. There were no speech pathologists at our school, and my parents couldn’t afford a speech pathologist for me. In addition, there probably were no speech therapists within a hundred miles. Though my brother bought me a car, we were dirt poor. We still only had the basics: food, clothing, and shelter. We didn’t even buy toilet paper. By their behavior, her parents, brother, and cousins didn’t like me; but I persisted in trying to have her as my girlfriend. I would go to parties at her house and other places, and cry when they play my favorite records: “I Stand Accused,” by Gerry Butler; songs by the Impressions; and some other favorite songs. I was deeply in “Puppy Love” with Dora. I would sit and stare at Dora from across the room whenever we got in proximity. I’m not sure what was on my mind at the time. I would sit in class and think about what I was going to say to Dora, but when we got together, I was mute. I would think about her and what I would say whenever we got together, but when we got together, I could think of nothing to say. Sometimes I would go places and she would be there, but I would be afraid and slow to approach her. I fumbled, mumbled, blundered, and stumbled on through. Dora wanted someone who was smooth, good personality, intelligent, well dressed, good at sports, and worldly-wise. For an ordinary small-town girl, she wanted an awful lot. She never verbalized what she wanted, but I could tell by her attitude. I played no sports, stuttered, was under-socialized, and had an inadequate personality. I was a sophomore in high school. She was only in the eighth grade. I had a driver’s license and a degree of freedom and independence. She was just a child. I wanted to do all the things that normal teenagers did: go out on dates and have sex. She said her parents wouldn’t allow her to indulge in such behavior. I would visit her every Sunday afternoon about four o’clock when permitted, trying to be intimate with another human being; without having had a decent bath, brushed my teeth, shampooed my hair, clip my fingernails and toenails, or clean my fingernails and toenails. I know I must have been unbearable. I didn’t smell nice. I didn’t even use deodorant. I don’t see how she put up with me. But we didn’t have anything but a number 3 tub in which to take a bath. Usually, I would wash myself with a bath towel and a wash pan as best as I could. I know my hygiene was generally poor. She wouldn’t let me visit her at her house. I thought it was because she felt her house was not presentable. I would visit her at her grandmother’s house. It was not that great and couldn’t have been that much better than hers. I passed by her house a few times. From the outside it looked like some of the windows had been broken and a rag had been stuffed in the windows. It was really a shack, and a lot worst than the house I lived in. It had a dilapidated appearance from the outside. I would sit there talking to her on a Sunday afternoon for several hours. Looking back on it; I wonder why we never played cards, practiced dancing, or played any board games. We never involved ourselves in any meaningful activities to pass away the time. We never even watched TV. I don’t remember if there was a TV in the room. We just sat there and talked. When we got tired of talking, we would start kissing. I loved to kiss her. I did this for most of my 10th grade year.

This book consists of essays about the life and times of the author. They start with happenings in the author’s childhood and end with occurrences in his adult life. They tell about growing up in East Texas and moving to Chicago. The author describes the good, bad, and ugly times. He speaks candidly and to the point. These essays are easy reading and meant to inspire and motivate. You will find them extremely interesting and enjoyable. The essays vary in length: from 1,000 to 2,500 words. He did take one of the other forks in the road.