The Name I Choose 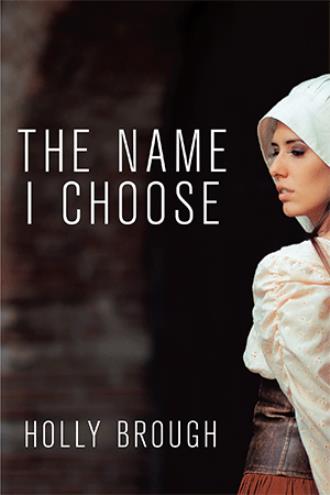 Questions about Amalia’s past become more concerning when she’s uprooted at the young age of fifteen from the only life she knows and into an abusive nobleman’s household. As a young female in nineteenth-century Spain and a dominant patriarchal society, Amalia’s choices are limited. That couldn’t be more evident than in her employer’s household. Manuel Tudó watches Amalia closely. He says disturbing things about her mother and seeks opportunities to pursue her and catch her alone. His control over her and her future terrify her.

When Tudó leaves for the summer, Amalia finds solace in the arms of the future king of Spain, only to be discarded and pregnant. To keep her secret, she is forced to flee for her and her unborn child’s safety. By the way of two English naval officers, Amalia thinks she has found refuge on the small island of Menorca in the Balearic Sea. Despite the change in geographical location, however, her past continues to threaten her safety, and she realizes the male-dominated societal hierarchy remains the same. Amalia’s struggle to find her independence amid terrible events—including false promises and forced prostitution—brings her to her lowest point. She’s given an opportunity out of her situation, but first she has to forgive herself and those who hurt her to accept an unlikely ally.

Holly Brough didn’t love to read until after she gave birth to her first child. Her mother was an avid reader, from self-help books to romance to historical to religious. Their family library was extensive. At a young age, Holly found it difficult to grasp the importance of sitting down in a quiet room with a book in hand. Not until she became a parent did she value the way books could be helpful, providing adventure, hope, solutions, and insight through the eyes of someone else. Writing The Name I Choose has been a rewarding challenge. She has loved sharing Amalia’s story with her husband, three children, and close friends and family. Holly is extremely excited to open up Amalia’s world for you as well. Happy reading.