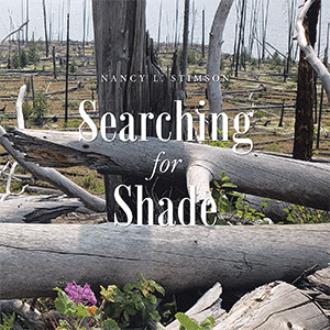 It was 114 degrees. It felt like riding in an oven. The sweltering heat now was oppressive. We hoped that once we hit Hwy 60 and got up to cruising speed that we would be able to tolerate the heat. It was about a 15 minute drive on a 5-lane street to get to Hwy 60 and at 10 minutes out we stopped for Jackie to put cold clothes on her thighs. She was wearing black jeans that were soaking up the sun to the point of burning her skin. We hit Hwy 60, which is a 4-lane divided highway running northwest toward Las Vegas. We had to stop in the shade of the first overpass for water on Jackie’s head. I knew this was not going to be sustainable, but at this point I was ok myself. The next stop was five miles further off on a blacktop 2-lane with half a shoulder width of gravel, with NO shade anywhere and Jackie was unable to go any farther. She is suffering from heat exhaustion again. She gave it her best, but she just could not ride in this heat and these clothes. So, I am helping Jackie get some Essentia water down and a little food. She started to perk back up and I was fine. But all of a sudden, I started to feel light headed as well, close to fainting, in a matter of about two minutes. The only shade was from my bike, if I sat on my running board. Obviously, the electrolyte replacement was not enough and if we didn’t get out of this furnace quickly, we would be in big trouble. I asked Jackie to wave somebody down. The first car was three guys coming from a nearby golf course. They kindly offered us their air-conditioned SUV. We all clambered in, with one guy laying in the back with their golf bags. They offered us more water and within 10 minutes we were both cooled down enough to go find some shelter from this 114 degree sun, like a breathing furnace that we have to get out of. But go where? Just up the road was the town of Wittmann, about three miles or so. We decided to go there for shelter until it was dark and ride to Las Vegas at night. We turned right off from Hwy 60 to a very small part of the small town of Wittmann, which was separated by the highway. We should have turned left, crossed the divided highway and into the main town, but I think my semi-conscious brain turned the wrong way. Our first stop was next to a small church under shade of a scrappy little tree and we sat on a couple of cement blocks that I dragged over. This spindly little tree and its small patch of shade, even with the breeze from the dessert, definitely was not our salvation. We had to do better. We needed to be inside, in air conditioning someplace, real soon, or we would not make it until night fall. There was a railroad track paralleling the highway and there was a very long, slow train coming along, blocking the road to the main part of Wittmann. We stayed under that spindly little tree for about 20 minutes, until the train finally cleared the highway so that we could cross. I seemed to be moving in slow motion as we crossed the train track and highway and headed for the ever-present Dollar General. On the way, I spotted the Post Office up ahead, with welcoming solid shade from the building on the parking lot. It’s a public building, and it should be open, and it should be air conditioned. It was like the Gods were looking over us, and we sped right up to the front and parked. Now it’s 4:45pm. We have come a whopping 25 miles! The Post Office had closed at 4:30p but the lobby was open 24/7 for the boxes and yes, it was air conditioned! So, we hauled the cooler in and sat on the floor to recover and wait until dark. A United States Post Office never felt so good. There was one wall plug that we used to charge our phones as we sat on the floor. It didn’t matter that there were no chairs. We thankfully found a place to shelter and recover. We were out of the sun with its fiery breath! This blessed little one-horse town had a busy Post Office. We were there about three and a half hours and at least 40 people came in for their mail. Some spoke and some didn’t. Some wanted to chat and some were quite skeptical of these two women escaping the sun and hanging out in their Post Office. One guy said that we were making good use of our tax dollars! There was a party store across the street so we individually walked over there for snacks and ice cream. They did not have a public bathroom so we had to improvise. The back side of the building worked just fine but I was wide-eyed for snakes. While sitting there in the Post Office, so thankful in the cool air, I saw a scrawny, chicken-like bird scrabbling around outside in the gravel and weeds. She was fun to watch with her bushy blue-black crest and mottled plumage among the gravel. How interesting and hope inspiring that this seldom seen and underappreciated Roadrunner would come to visit us in our near disaster. I was mesmerized by the energy this bird had in this stifling heat. This Roadrunner, revered for their “courage, strength speed, and endurance” gave us the courage to face the night ahead of riding in the dark of the dessert while the sun is gone to rest.

This book celebrates the journey in July of 2021 of two experienced motorcycle pals on trikes who crazily decide to ride to Alaska via Canada. They obsessively plan the trip for a year—ten thousand miles in thirty-one days. They joyfully began the ritual of meticulous mapping detail, precise gathering of equipment, and making choice reservations. There is one very dark shadow in all of their meticulousness, the COVID-19 is beginning and growing through 2020. The border between Canada and the United States remained closed and did not open month after month after month. In the eleventh hour, the journey changes, and they make hasty plans to travel nineteen states into the heat of an inferno, forest fires, and homelessness of the southwest of America instead. The trip to the cool confines of Alaska becomes an eight-thousand-mile “search for shade” in the sun-scorched climate crisis of the Southwest.

Thirty-two years of law enforcement career and fifteen years as a professional investigator, the author’s extensive training gave her a quality in description and accuracy matched by her joy of writing during English classes at the University of Virginia as part of the FBI National Academy training. In comparison to the discipline in her work, she luxuriates in the peace and freedom of the sun, sand, wind, water and trees during her motorcycle journeys. After the fear and near panic of battling breast cancer in 2011, the wind therapy of motorcycle riding became a passion. In 2012, she began her pursuit of happiness, purchasing her white Can-Am Spyder RT Limited at sixty years old. For eight years, she celebrated her passion by riding in twenty states and over fifty-six thousand miles. In 2020, her devotion to riding became a dedication to experience all forty-nine US states and ten provinces in Canada on her motorcycle. Her trip to Alaska is the highlight of her endeavor, covering ten thousand miles in thirty-one days.