Growing Up on Main Street 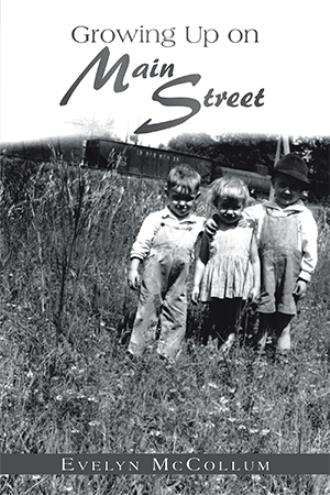 Conflict. I have spent my entire life trying to avoid conflict because I spent my formative years in the middle of it. Though my parents stayed married forty-six years until Mama’s death, they were as different as any two people could be, and they made little or no effort to reconcile those differences. Their only similarities were that they both enjoyed being with people, they both laughed a lot—but not with each other—and evidently both enjoyed arguing. Neither my sisters nor I can recall ever hearing our parents engage in normal conversation. We never heard anything but arguing and bickering. Daddy lived as though he didn’t have a care in the world. He claimed he didn’t worry because he trusted God, but I believe he didn’t worry because of his immaturity and irresponsibility. I once told him that he took the Sermon on the Mount, the part about not worrying what you will eat or wea too literally. It nearly tickled him to death. In contrast, Mama could have been classed as a champion worrier. she worried about everything. She thrived on worry. With this example, I determined early in my life that I would not worry as she did. Now that I’m older, I believe that I got just enough of Daddy’s genes to keep me from becoming a worrier. 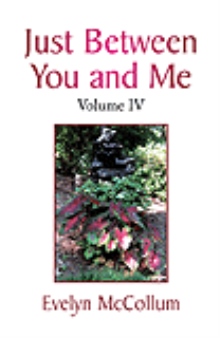 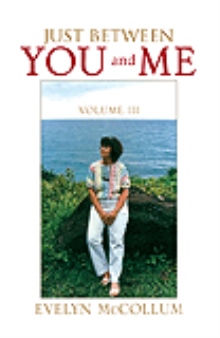 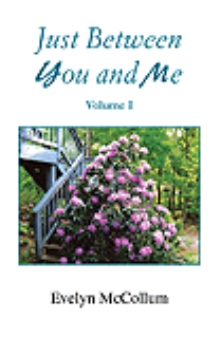 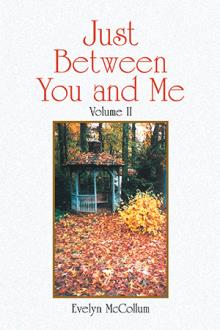 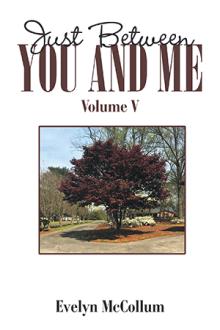 Just Between You and Me
Evelyn McCollum
£16.95

Growing up on Main Street is my memoir beginning with my earliest memories when I was five years old. In addition, in two other sections I tried to capture the emotional and tragic time when my grandfather and aunt died two months apart. The third section is the illustrious story of my maternal grandmother and her siblings who remain on property where they were born and grew up for the rest of their lives