THE COMMUNITY AND SOCIAL ACCEPTANCE 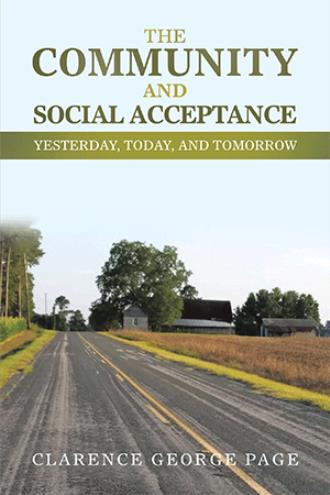 As I share my life experiences, I choose to begin with my family and other families. They lived for years before and during the 1950s in the Gaddy's Mill Community of Dillon, South Carolina. In those days, farming was essential to the economy, and many people lived and worked on farms and plantations. The families endured many hardships, sadly a part of their survival. 1950 was very special to my parents, William Spencer and Ida Wright Page. They united as a couple in marriage on November 26, 1950. After the wedding, Mother moved with Daddy to a large farm owned by a white farmer in Gaddy's Mill Community. They lived in a large wood-frame house on the same road, a short distance from the owner and his family. Many generations of sharecroppers lived on that farm. They worked hard there, faithfully seeking to make their lives worthwhile. The sharecroppers received very little income from harvesting tobacco, cotton, and other crops. My parents also worked diligently in those days, enduring the hot and cold weather. Mother and Daddy lived on that farm several years before I was born in 1955. My siblings and I grew up in the same house where Daddy and his siblings grew up, and his brother Henry never left. Henry was always around and seemed more like a brother than an uncle. I learned later that Daddy's father, Daniel (Wacom) Page, a World I veteran, also grew up in the same house. Daniel was born on February 15, 1896, thirty-three years after the Emancipation Proclamation. He met and married Cora McQueen, and they had eight children, Weldon, Ulysses, William (Spencer), Cora Mae, Evelyn, Ardouthus (RD), Rosie, and Henry. Although Daniel was born after the signing of the Emancipation Proclamation, he still did not receive the benefits of freedom and social acceptance as a citizen.

I often desire to tell my life's story, so now, I write about my experiences. I want to share my experiences growing up and experiencing racial issues. It is easier for me writing my life experiences than to be open and straightforward about those unpleasant and challenging moments. In this book, "The Community and Social Acceptance," you will learn about my family and childhood. You will see information on racial issues, racial differences, and how they impacted my life and those who interacted with me along the way. You will see some recommendations for becoming an "advocate" for social change and racial harmony. And you will also see a reference guide for further reading and planning as you seek to engage the community.