TASTING THE POWERS OF THE AGE TO COME 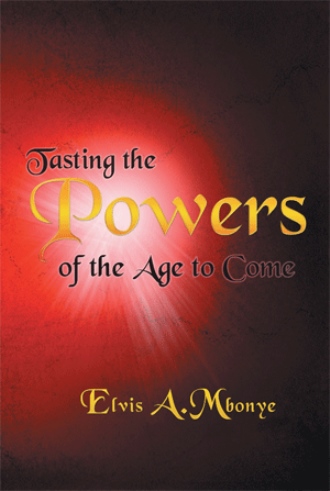 In August, 2007, something extraordinary happened in the life of Mrs. Jennifer Isabirye (not her real names), a short, slender, middle-aged career teacher whom I had not met until that day. It was at a conference organized annually in Kamuli, a small town district in the eastern region of Uganda. The conference was held at Bethel Church.
It was the first time I attended this prophetic event upon invitation to speak. Seated in the crowded room were people from the surrounding area and beyond, about 200 of them. This was not your usual event; strange things were happening as I singled out individuals, uncannily describing facts about their lives with amazing accuracy. Mrs. Isabirye happened to be one of them.
“You are angry at a certain man for financial reasons,” I said to her. “Forgive him, for if you don’t you will hold back your progress.”
“I also see a problem with your fibroids,” I added. “I see you had an operation about them, but it wasn’t successful. I see a swelling around your lower abdomen (that part of her body was fully covered by her dress) and it’s because of those fibroids.”
I was not through with Mrs. Isabirye. “Today you will experience a strange discharge from your body, but have no fear about it, for it will be God dealing with you. However, make sure you neither let your doctor nor your daughter know about it. If you do this – if you keenly follow my revelatory directions – you will receive a miraculous healing shortly.”
In her subsequent testimony, a day later, Mrs. Isabirye verified everything. Astounded at how I could know these things, she said, “The man I was bitter with was my employer, because for six months I had not received my salary. Also, I have fibroids, and a few months ago I had an operation about them that wasn’t successful.
“However, what surprised me even more was when he (implying me) said I should neither tell my doctor nor my daughter after the strange discharge from my body. I only see one doctor and I only have one daughter for a child; how he could have known that is beyond any earthly explanation. I experienced the strange discharge from my body that day, but unfortunately I told my doctor and daughter about it.”
Because she did not keenly follow the revelatory directions, Mrs. Isabirye did not receive her miraculous healing. However, the following year I was back there and I was taken to her house where I prayed for her.
I called the experience extraordinary because that is what it was for Mrs. Isabirye and for several other people who got to witness or experience the mystical for the first time. But to me, such uncanny comprehension and the supernatural world are, for the lack of a better word, commonplace. And they can be for you too, if you are daring enough to read through.
Atheist or agnostics may dismiss Mrs. Isabirye’s story as spiritual mumbo-jumbo. They will undoubtedly have a perfectly logical argument why such supernatural occurrences are not possible.
Denominational Christians who think of faith as nothing more than a set of dos and don’ts might similarly dismiss it, perhaps with less fervour. They too would have sound arguments in support of their positions. What I am presenting in this book, however, are experiences.
The world abounds with arguments, every man or woman has one to back their position and most of them make good sense. But in her time of need, Mrs. Isabirye didn’t need an argument, she needed an experience. Someone with an experience is never at the mercy of someone with just an argument.
So whatever your disposition; believer, agnostic, atheist or anything in between, I dare you to read this with an open mind, you will undoubtedly find this text eerily challenging.
Early experiences

The mysterious world of the supernatural is not a reality I discovered in my latter years. Growing up as a child in Bugolobi, a middle-class suburb of Kampala, I frequently experienced close enc

The life of Elvis A. Mbonye is an expression of a modern day prophet. Elvis has uncannily prophesied over the years about everything and anything. From the 2004 Tsunami disaster to the North African government overthrows prior to any signs of upheaval, the 2010 Uganda terrorist bombings and more have been prophesied in front of present attendants during weekly prophetic fellowships under the banner of Zoe Fellowship, a ministry Elvis founds and presides over. The underlying vision of Elvis is to grant people an experiential realization of the Eternal God beyond their present inherited or learned belief.