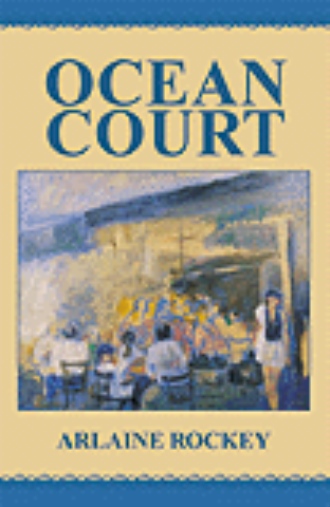 Ocean Court is a legal mystery with a smattering of sex more steamy than Miami sand.   Poverty lawyer, Avery Guerin, is trying to find a killer.

"Some U.S. Customs officers -- the real Miami vice -- scooped Spider out of the Miami River and found Jonathan´s business card, wet and torn, in his muddy pocket. So Avery´s dear friend was summoned to the morgue to identify the bloated body."

While she begins to look for clues among Miami´s homeless, Avery is drawn into a secret affair with her law student intern.

"This infuriated her. Typical of their whole relationship. He teased; she fell for it, and then he backed away. He knew exactly what she was thinking by her look. They couldn´t have triggered each other´s buttons any worse if they had been married. But they weren´t."

"Foo had put it bluntly, ´Find a real man.´ To Foo, that was one who slept with his boots on."

"Jon never seemed to give a hundred percent to anyone. That was his power. He was still amazed with Alex´ legal prowess, his commitment, and his assured political future, but that first night was all it took.  Jon had turned the tables on him -- their rhythm like a jazz improvisation, with Jon scatting like hell."

Arlaine Rockey graduated from the University of North Carolina at Chapel Hill and the University of Miami School of Law. She has represented children in foster care as well as battered women. You may email her at OceanCourt@aol.com.