Home Is Where You Least Expect It 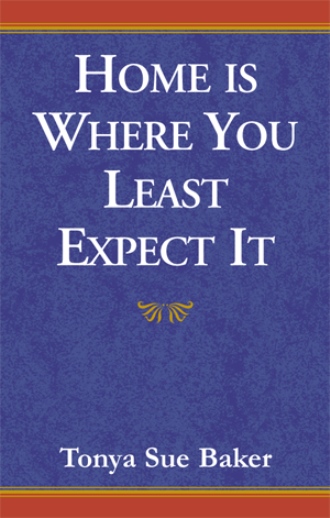 At the funeral of his son, Robert, Julian Manchester saw something in his grandson, Bobby, which made him invite Bobby to move back

to their home town after he graduates from college.

Bobby has not been close to Gran'pa Julian or his

grandmother, Mava Lou, since his mother died when

he was three years old, and his grief-stricken father moved him and his older brother, Mark, to the city.

Julian and Mava Lou are getting older, and Bobby decides to come home and get to know them before it is too late.  He applies for a job at a local accounting firm and is hired.  His decision has far-reaching effects on, not only his own life, but on the lives of several other people.

event can change the direction of many lives, for

Tonya Sue Baker is the author of 7 novels, 5 of which are science fiction, and several children's books and poems. The first science fiction book,'A Question of Honor,' is being readied for for publication in 1999.