Praise, The Divine Pattern For Prayer 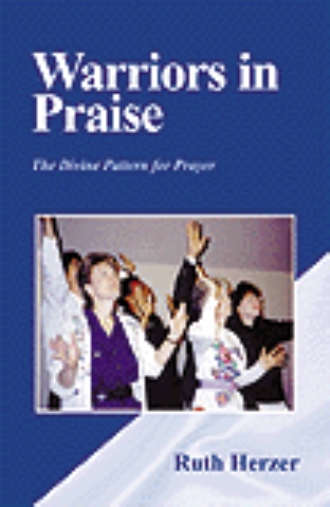 The introduction sets forth my purpose in writing to prove from the Bible that intercession in this day of restoration of truth should be characterized by praise and rejoicing in victory rather than in agonizing of soul in heaviness of spirit.

This chapter narrates the events that led up to that prayer.

The result of a divine revelation.

This chapter explains why the Old Testament saints interceded with travail.  Their relationship to God was as servants to a holy, righteous Judge instead of as sons to a loving, heavenly Father.  Because their sins were only covered and not removed, they could not escape the fact of sin-consciousness.  Having no boldness as forgiven sons to come into God's presence, they came before Him with contrition seeking mercy.

An intercessor is a mediator who seeks to reconcile two conflicting parties.  The Old Testament intercessor put God in remembrance of His Word or Covenant and held God to the fulfilling of it.  This is true also of the New Testament intercessor, but there is an added dimension of spiritual warfare that the Old Testament believer did not experience.  Only since the resurrection of the Lord Jesus and the devil's eternal defeat does the Church have the authority to come directly against the devil to bind him and render his demonic activities ineffective.

The account in Exodus 17 of the Children of Israel defeating the Amalekites while Moses' hands were uplifted typifies the word of authority that has been given to the believer in Christ Jesus.  We prove that Moses' rod typifies the authority of God committed to man and released through praise.

King David's establishing a new order for praise and worship of God before the Tabernacle he set up in Zion is a type of the new order of worship and intercession that David's greater Son, the Lord Jesus, established for His Church in this Age of Grace.  The Levites praising and praying before the Ark reveal to us, New Testament priests unto God and spiritual warriors, how to pray.

8.  PRAISE IN EXCHANGE FOR HEAVINESS

This chapter deals with the prophecy in Isaiah 61:3 that predicts the change that would take place in the ministry of the intercessor in the Church Age.  It contrasts the intercessors of the Old and New Covenants.

This chapter is an exposition of Psalm 149 as a pattern for anointed and effective intercession.  It reveals spiritual warfare to be united with and an extension of exalted praise.

Isaiah's prophecy in chapter 66:7-8 gives an astounding prediction that the intercessors of this Age would intercede with praise and rejoicing, and that such intercession would bring to pass the final great revival of this Church Age!

Song of Solomon 6:10-13 is a picture in allegory of those tha