Harps Are Not for Angels 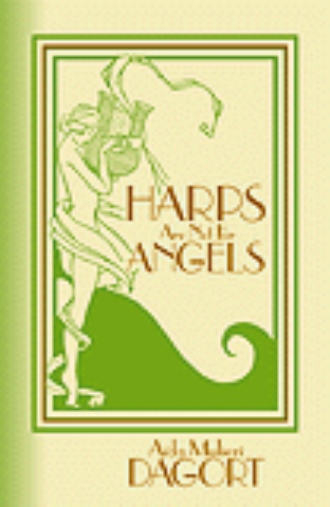 Growing up in a large Italian family, Aida Mulieri-Dagort wanted to be a professional musician all her life.  Most of her family members played instruments as music was their daily bread, and Aida was nurtured in a rich musical environment.  Thus began her journey through much struggle and determination as she accomplished her goals of success. Aida  became a musician under contract with two motion picture studios as a member of their recording orchestras during the heyday of Hollywood film scoring -  the 1940s through the early 1960s.

Harps Are Not For Angels is her story of that accomplishment and the joys as well as the pressures it imposed on her life.

Musicians under contract to the studios were in a prized position in the profession, and the envy of many players who had not made the grade to earn a chair in one of those orchestras.  The politics and pressures of this professional work were on a high level and your job could be at stake at any moment. Meanwhile Aida doubled as a wife and mother in an era when women were expected to do little else.

Along the way Aida chronicles the professionals in the film music business she encountered, and relates stories involving the history of Los Angeles and its connection to the music world at the time.  The city was a cultural cornucopia at the end of the second World War, as many artists sought refuge from political oppression, and Hollywood reaped the benefits.

Although it was a good life, in the stresses and high demand of such professional work, Aida found herself diagnosed with breast cancer.  Her recovery and subsequent retirement from the music business inspired her to explore her many other talents such as teaching children with learning disabilities, and fine art painting which she did for her own enjoyment.

But for Aida, nothing was as exciting nor as stimulating as her career in the motion picture studios of Hollywoods  golden era as related here in her experiences both informative, challenging, and insightful.  After reading her story you will see that in fact Harps Are Not For Angels.

Aida Mulieri-Dagort was born into a family with a musical tradition dating back to the Seventeenth Century. Her close personal and intimate involvement with the Hollywood scene prepared her to perform as a contract harpist to two major motion picture studios for over twenty-five years at a time when it was still a man’s world.