The Craft of Screenwriting 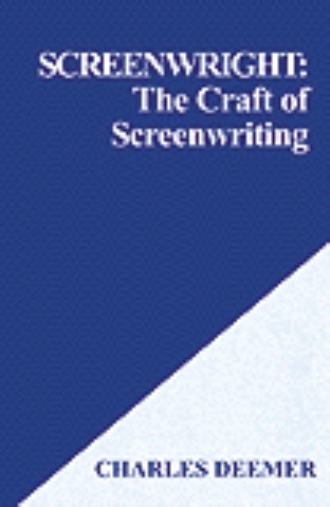 From concept to pitch, structure paradigm to step outline to script - or from the mystery of writing by the seat of your pants - Screenwright guides the reader through the full process of writing a screenplay for the competitive Hollywood market.

Both inspirational and comprehensive, this book analyzes many other existing paradigms in the screenwriting marketplace and shows how they all reduce to the oldest one in the culture, Aristotle's insight that stories have a beginning, a middle, and an end.  Screenwright is based on Deemer's popular electronic screenwriting course of the same name, which has been called "the bible of screenwriting for the novice."

Charles Deemer is a playwright, screenwriter, short story author and college teacher of writing classes. 39 of his plays have been produced and 6 of his screenplays optioned. His short fiction has appeared widely in literary magazines.