The Haunts of His Youth

Stories and a Novella 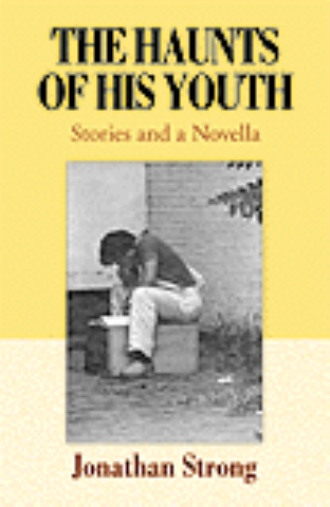 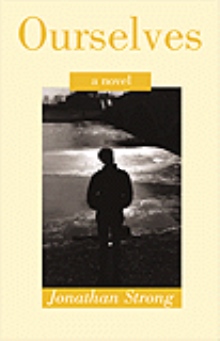 The Haunts Of His Youth are the Midwest and the Sixties when sex, of all sorts, became easier but love only more confusing. This collection of nine stories and a novella brings back to print Jonathan Strongs first book, Tike and Five Stories, in a revised and expanded edition.

A fourteen-year-old glimpses the coming sexual revolution when his sister takes up with a college student boarding with his family. Two teenage brothers, stuck in the country with their parents all summer, look for dangerous ways to let off steam. Young friends are puzzled by their feelings for each other when they say goodbye at a bus station. Whether its a boy in the bosom of his large family on the Fourth of July or a boy and girl shacking up for the first time, theres a youthful fever in the air.

Two stories, set in the day ward of a mental hospital, trace elusive bonds of friendship in a world of loss. A longer story, which in its first version won the third prize O. Henry Award in 1967, introduces a charmer of a street kid weaving his way into the life of an older man to whom he comes to mean far too much.

As for the novella, the New York Times review summed it up this way: Shy, somewhat lonely, pleasantly soft and sensitive, Tike Larkin lives in a rooming house with his pet, McDog. Tike is drawn out of his shell by Val, another occupant of the rooming house and the most beautiful and sexy girl Tike has ever known. Val hurts him just enough to provoke a small act of anger, which, in the framework of the story, is a dramatic step. Thats all. But Mr. Strong has put the pieces together so artfully that (it) has the immediacy, charm, and believability of a long letter from an old and good friend.

The collection comes full circle in a final story, written in 1975, in which a neophyte soccer coach finds himself trying to inspire a new generation that already thinks of the Sixties as a bit old-fashioned.

These early works of Jonathan Strong appeared in a wide range of magazines (The Partisan Review, Esquire, The Atlantic, Shenandoah, Ingenue, TriQuarterly, The Transatlantic Review), and in nine different anthologies. As Christopher Lehmann-Haupt in The New York Times put it: The world of Mr. Strongs fiction is warm, relaxed and friendly. He relies for his effects on subtle varieties of artlessness. The results from story to story are almost completely successful.

And in The New Leader, Phoebe Pettingell wrote: Strongs stories are compassionate and moving. When I say they are reminiscent of Mann or Gide, I do not mean they are imitative, since he certainly has his own style. Rather, although he writes about modern youth, he does so in a European tradition. Above all, Strong has a delicate and sure touch; his sadness never turns sentimental, and he never simplifies his characters problems.

Sarah Blackburn, in The Nation, called Jonathan Strong a writer who can speak for the Sixties as Salinger did for the Fifties. . . . Mr. Strong combines a deceptive surface fragility with a tough, direct, and absolutely authoritative sense of who his characters are and what the world is like for them. His remarkable, unaffected spareness is possible and successful because he trusts his reader: his material barely runs to book length, yet it is far more substantial than works twice its size by novelists of great reputation. Only once in a great while does a writer of such immediately evident talent appear.

In 1970, Tike and Five Stories won the Rosenthal Foundation Award of the National Institute of Arts and Letters, a prize for a first work of fiction won in previous years by such writers as Bernard Malamud, John Updike, and Joyce Carol Oates.

And in a long review of Strongs first novel, Ourselves, Richard Locke in The New York Times looked back at the earlier book like this: In the spring of 1969, when he was 24 and a senior at Harvard, Jonathan Strong published Tike and Five Stories and was immediately acclaimed as an important young writer. He

Jonathan Strong was born in Evanston, Illinois in 1944 and grew up in nearby Winnetka.  He graduated from Harvard College in 1969, the same year he published his first book, a collection of short fiction called Tike and Five Stories, which won the 1970 Rosenthal Foundation Award for the National Institute or Arts and Letters.  Two of the stories had been included in the O. Henry Awards anthologies, and part of the novella Tike had first appeared in Northwestern's Triquarterly Review.

He taught part-time at Tufts for nine years, and in 1978 began a five-year Briggs-Copeland Assistant Professorship at Harvard.  His second book, the novel Ourselves, appeared in 1971, but his third--two novellas collected as Companion Pieces--had to wait until 1993 for book publication.  Sections of it were published in Triquarterly and Shenandoah.

He also taught at Umass--Boston and Wellesley College before returning to Tufts as a senior lecturer in 1989, by which time his fourth book, Elsewhere, had been published (Ballantine, 1985).  In the 1990s, Zoland Books has brought out all of his subsequent works: Offspring, An Untold Tale, Secret Words (for which he was awarded an NEA grant), The Old World, A Circle Around Her, and the forthcoming Consolation.  He lives with his partner Scott Elledge in Rockport, Massachusetts.