World under Attack—Passing of the UFOs

by John B. Fuller 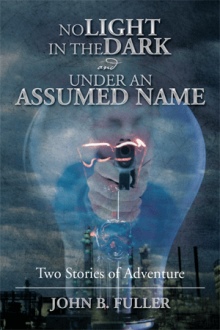 NO LIGHT IN THE DARK and UNDER AN ASSUMED NAME
John B. Fuller
$31.95 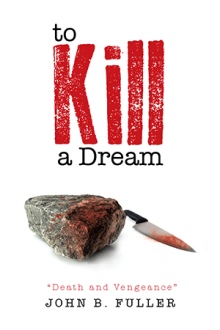 James and his girlfriend, Flo, agree to meet at a company picnic. James arrives at the site, and just as he notices Flo going toward him, there is a big explosion and a flash of light. James, unable to move, sees bodies scattered everywhere. Clusters of light enter each body, and each in turn disappears. Flo also disappears in this way. The lights enter James and, finding him alive, orders him to forget what has happened. James does not forget; he is recruited by this life-form from alternate Earth and is given great powers. James returns Flo and many others to Earth. They discover that the aliens harvest X cells from human bodies. James finds many possible ways for the aliens to harvest the calls they require. James and Flo, along with other humans, live in a dome provided by the aliens. They are attacked, as alien invaders, by world governments with little success. Over many years, most of the dome people move without notice back to the world population. Finally being alone in the dome, James and Flo move to the west coast. When Flo dies, James paddles a canoe out to the Pacific. He is picked up by a pirate ship and taken to their base in Africa. James becomes known as the alien prophet and helps many people achieve freedom. He becomes tired and again paddles out to sea and drowns. Under a new leader, the system of cell harvest falls apart, and the police closes them down. The other universe aliens disappear from Earth’s skies, and Earth leaders declare a victory over these aliens (Xanderites). After many quiet years, a large planet-size ship arrives and settles in Earth orbit. This causes great damage with earthquakes, volcanoes, and high tides. Small ships leave the mother ship and attack worldwide. Earth has no defense against them, and millions die. A last-hope meeting of NORAD is desperately seeking some solution when the Xanderites reappear. They announce that they are willing to help but can only hold the invaders, not defeat them. They state that, as this Earth is no longer fit for humans, they will move the survivors to an alternate Earth they have discovered. There are no functioning Earth governments, so NORAD accepts the offer. All Earth survivors, except Muslims who state they are fighting a holy war, are moved to a wilderness Earth and build settlements. There is a total of 146,000 survivors who build a new world. After a few hundred years, old Earth becomes only a myth, a legend, and the origin of man is unknown. The Xanderites do not appear on this Earth.