Beyond the Saga of Rocket Science

The Dawn of the Space Age 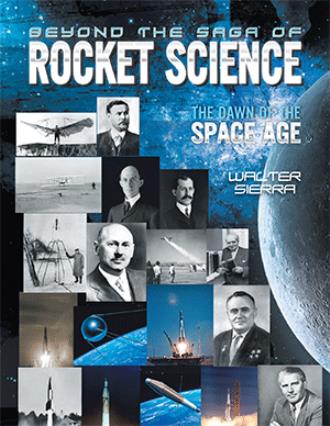 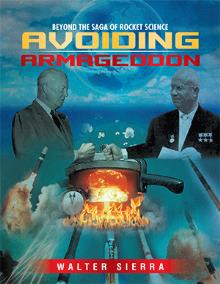 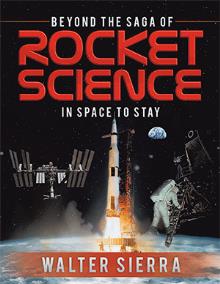 Beyond The Saga of Rocket Science
Walter Sierra
$185.95

Beyond the Saga of Rocket Science is a series of four closely related books that provide an amply–illustrated, overarching perspective to a broad, non–technical audience of the entire panorama surrounding the development of rockets, missiles, and space vehicles as we know them today and what the exciting future holds. The books are sequential and form an integrated whole: The Dawn of the Space Age Avoiding Armageddon In Space To Stay The Never-Ending Frontier The Dawn of the Space Age begins with exciting tales of the earliest developers of rudimentary rockets and the deadly battles they fought in China between 228 and 1600 A.D. A historical fiction approach brings long–ago characters and events to life. Palace intrigues, treachery, and warmongering are interwoven with vivid depictions of courage and bravery to showcase the gradual progression of the science of rocketry from fireworks displays to effective weapons in the battlefield. Readers in the West will learn something about the Eastern mindset, where over half the world’s population lives today. The tremendous achievements of the Wright Brothers – Wilbur and Orville – in the early 1900s serve as a useful backdrop for showcasing the difficulties in developing completely new technologies for practical use. The Wright Brothers had to go abroad to France before World War I to garner enough support and funding to mature airplane science to the point that the U.S. Army took notice. Building on the Wrights’ successes, Ludwig Prandtl in Germany and Theodore von Kármán in the United States made pioneering developments in aerodynamics which are crucial to rocket flight. The invention of the airplane inspired early innovators in the 1920s – 1930s to lay the foundation for the giant aerospace conglomerates of today; including William Boeing. (Boeing Company), Allan Loughead and Glenn Martin (Lockheed Martin), Jack Northrop and Leroy Grumman (Northrop Grumman), James McDonnell and Donald Douglas (McDonnell–Douglas). These stalwarts were very foresighted and willing to take calculated risks. The ingenious Dr. Robert Goddard, inventor of the modern rocket, developed a sound theory and conducted pioneering flight tests in the 1920s - 1930s, while overcoming many failures. However, Goddard’s rockets were not taken seriously enough in the United States to enable the development of practical missiles and launch vehicles. But Germany sure took notice. World War II gave the biggest impetus ever to advancing rocket science and related technologies. The Nazi war machine funded Dr. Wernher von Braun and his cohorts to develop rocket–driven weapons such as the V–1 and V–2 which killed thousands during World War II. Fortunately for America, von Braun and key members of his team decided to seek asylum in the United States when the war ended. Now the country took up the engineering of rockets in earnest. Von Braun went on to lead the American space program during the crucial decades of the 1950s – 1960s. He did more to advance missiles, rockets, spaceflight, and enable manned landings on the moon than anybody else in America. Six astronauts flew solo on six Project Mercury flights (1961–1963). Three of them joined another 13 astronauts to orbit Earth on 10 two–person Project Gemini flights (1965–1966). Without a single failure. The Soviet Union captured their fair share of German rocketeers, including the influential Helmut Gröttrup. They learned everything possible from the German expatriates. Then they cast the Germans aside and undertook rocket and missile development using indigenous experts like Sergei Korolyov and Valentin Glushko. Like von Braun, Korolyov was ingenious in his own right, and led the development of Soviet rocket science until his untimely death in January 1966. Engineers and scientists are today’s “unsung heroes.” They work in the shadows, without any public acclaim or recognition; yet the technologies they develop touch every facet of our daily lives.