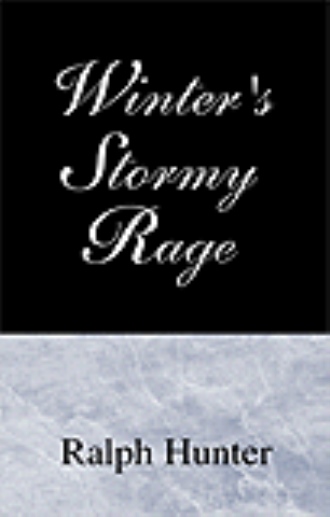 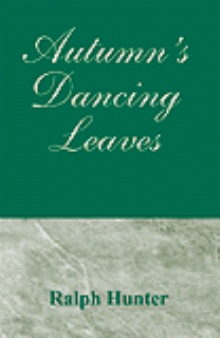 In Autumn’s Dancing Leaves, we met Eddie, an abused and neglected kid whose personality fractured to create Randy when he reached a point where he could no longer cope with the trauma in his life. Randy, defiant and determined, undertook the crusade of becoming Eddie’s champion, endeavoring to save him from his abusers and all who were a threat to him. Because of Randy’s effectiveness, Eddie’s mind decided it was possible to enjoy the life that Randy insured, that being involved with the world was preferable to merely surviving the lifetime.

Eddie’s mind then developed Jesse from unused personality traits. Jesse, an aesthetic personality, believed his goal was to interact with people and the world to find missing elements in Eddie’s life and use his experiences to bring balance to the life he shared with Eddie and Randy.

Randy and Jesse believed they were moving closer to what they saw as a normal life, exposing Eddie to the things they thought determined quality of life. But, Jesse made a mistake he felt would be devastating for Eddie. Randy responded by deciding to take them away from an environment he saw as detrimental ...

Winter’s Stormy Rage picks up the story with Randy on the road, looking for a new life, a new place where they can settle down. He travels to Kansas City, to an old neighborhood where he is exposed to other runaway kids surviving on the streets, and those he calls society’s undesirables. From there he makes his way west, toward the coast, stopping along the way for a time with a biker gang that picks him up alongside the highway.

A series of tragedies convinces Randy that they don’t have a chance of success in trying to attain a new life. With that realization, he turns to drugs and alcohol, which keep him numb and muddled, preventing him from sorting out the truth. When he hits a low point, Jesse takes over to lead them for a time, a role in which he’s not comfortable. Jesse catches a ride on the highway with Marcella, a female impersonator, who declares herself to be an entertainer. Marcella takes him to San Diego where he meets the “colorful” crowd Marcella associates with.

While Jesse is struggling to cope with the role of directing their life, Randy keeps showing up, still wrestling with substance abuse problems. Jesse fears Randy could be a threat to their existence. He decides he must seek help for them, but that would entail telling someone the secret of their life, a secret they had always sought to conceal.

Winter's Stormy Rage follows the three facets of Eddie through their struggles, through the setbacks and the successes in the complex life they shared, from a bleak beginning to a promising conclusion ...

Prior ... Autumn’s Dancing Leaves ... Eddie was born not favoring anyone in his family, which created problems between his parents. His mother irrationally blamed him. When he was five years old, Evelyn sought to punish him by “loaning” him to pedophile men. As a result, he was abused by the “companions” and neglected by his mother.

Intelligent, with heightened abilities in logic and reasoning, little Eddie attemped to rationalize his situation in an effort to keep the abuse in an acceptable perspective that would allow him to cope with it.

He struggled with the increasing severity of the abuse but, by age eleven, he could no longer handle the circumstances of his life. Gravely depressed, he decided his only escape would be to die, that by conscious will, he could simply resolve to give up life and cease to exist.

Eddie’s mind, alerted to his decision, was determined to survive, believing the ultimate goal for any entity was to continue, regardless of the form or quality of life. Panicked at the threat of cessation, his mind made a desperate decision –- it fractured his personality and created Randy from traits that had been repressed in Eddie.